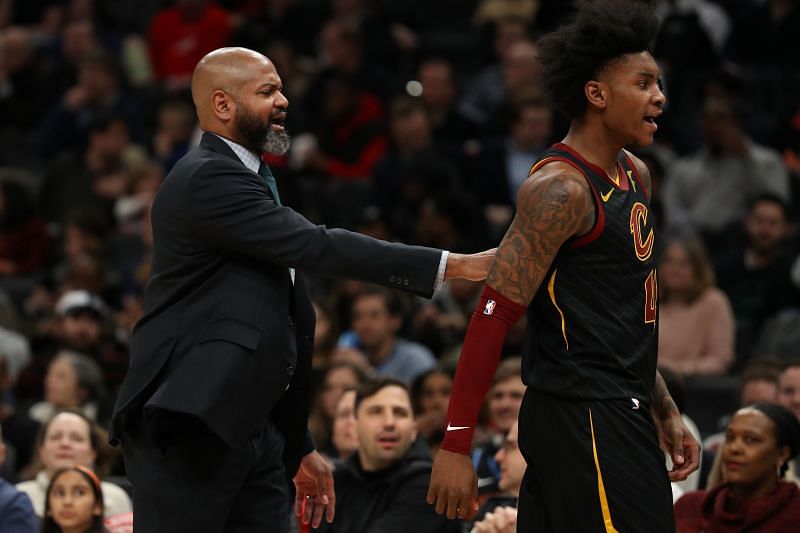 One of the major highlights of the 2020-21 NBA season was been the blockbuster James Harden that went down last week, but the NBA Trade Rumors haven’t stopped. Now, In a shocking development, the Cleveland Cavaliers are expected to part ways with second-year player Kevin Porter Jr. after his reported unsportsmanlike outburst in the locker room on Friday.

NBA Trade Rumors suggest Kevin Porter Jr. visited his team arena on Friday. He went straight to the Cleveland Cavaliers home locker and learned his locker had been assigned to new acquisition Taurean Prince. This infuriated the 20-year-old, who began yelling and even started throwing food at one point during the episode.

Porter is a Round 1 pick from the 2019 draft class. He has not played a single game this season as he is dealing with off-court controversies.

As per sources, Cavaliers GM Koby Altman confronted the youngster during the episode but was met by an adamant Kevin Porter Jr., who refused to back off and kept arguing with the chief executive.

Head coach J.B. Bickerstaff, who could hear the commotion from his office, had to make his way down to intervene and was left disgusted by the account of what went down in his locker room.

The Cleveland Cavaliers have a decent season record of six wins and seven losses thus far. The Cavs are looking towards the future and could have benefited from a talented youngster like Kevin Porter Jr.

However, it looks like the sophomore has blown his chance with the Cavaliers organization and will be traded or cut within the next couple of weeks.