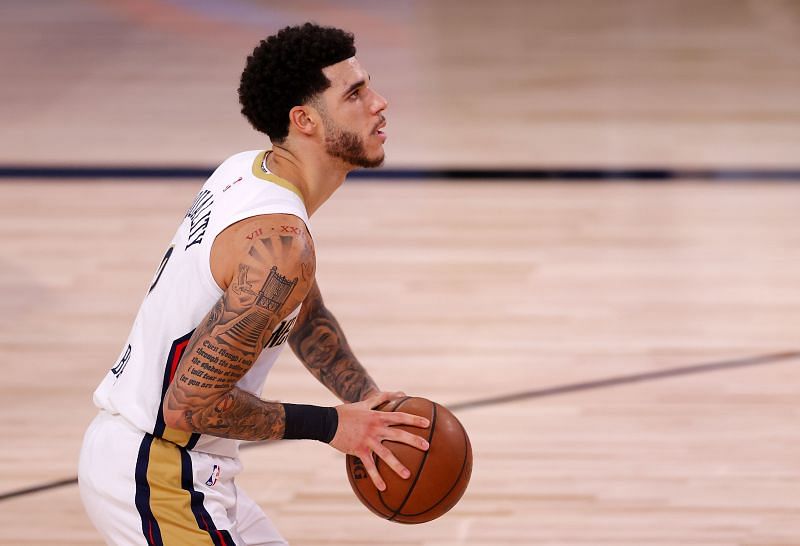 Lonzo Ball has already seen his name feature in a few NBA trade rumors after the New Orleans Pelicans didn’t give him an extension at the start of the 2020-21 season. If the latest reports are to be believed though, he may be on his way out of the franchise sooner than expected.

The New Orleans Pelicans can tie down Lonzo Ball to a contract in restricted free agency but Seth Partnow of The Athletic believes that’s unlikely right now. As such, the Pels may explore shipping Ball ahead of the NBA trade deadline instead of losing him for free. Partnow explained:

“I’m not entirely sure Ball is in the team’s long-term plans, and especially if this season continues to get away from New Orleans, I would think they would prefer to trade him for some sort of return rather than just let him walk in free agency. I would say “restricted free agency,” but with the Pelicans needing to extend a qualifying offer of over $14 million to retain matching rights, as of right now, I’d expect them to decline to do so.”

Lonzo Ball is owed roughly $11 million this season. Considering his court vision and elite defensive ability, it won’t be too difficult for the New Orleans Pelicans to move him if they decide to take that route.

Lonzo Ball established himself as a reliable 3-and-D option for the New Orleans Pelicans last season. Ball was also the team’s best passer. However, he struggled immensely during the seeding games in the bubble and the front office wasn’t convinced enough to offer him a new deal.

Ball is still averaging 12 points per game this season but is shooting the ball at just 38.9% from the field including a paltry 29.1% from downtown. His playmaking has also taken a hit but one can attribute that to the system. In any case, he’s not had the desired impact for the New Orleans Pelicans who’ve struggled to perform to potential this year.