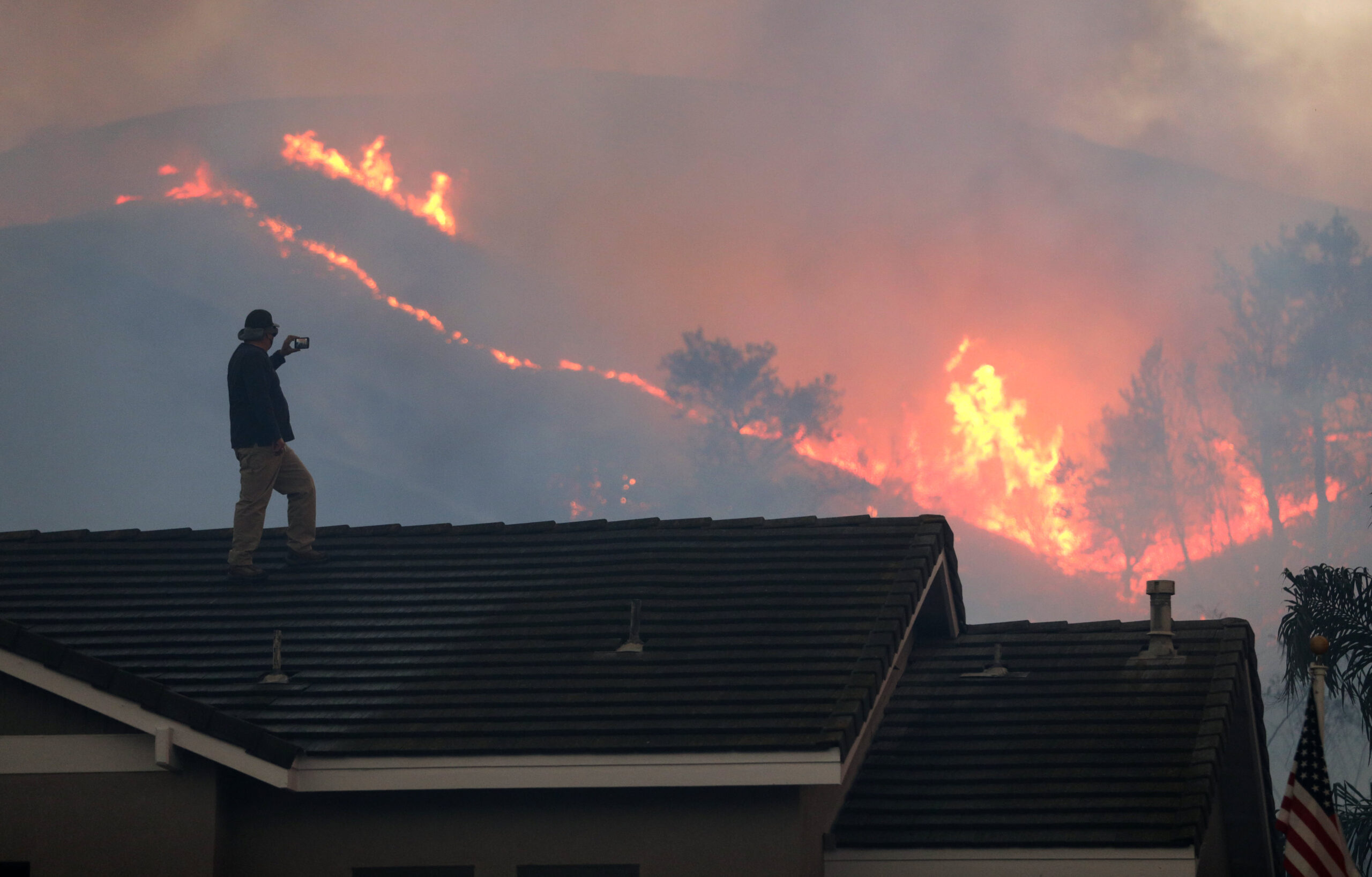 Herman Termeer (cq) watches the brushfire at Chino Hills State Park from the roof of his house on Tuesday, Oct. 27, 2020 in Chino Hills, CA.

Roughly 35 million homes, or nearly a third of the nation’s housing stock, are at “high risk” of a natural disaster, according to a new study by CoreLogic.

“CoreLogic data shows that nearly every property in the U.S. has exposure to peril risk. The unexpected nature of these occurrences should encourage businesses to better prepare for potential risks,” said Frank Nothaft, chief economist at CoreLogic. “The trickle-down effect of a catastrophic event, as seen most recently by the pandemic, can result in a shaky economy with high levels of unemployment and mortgage delinquency.”

This type of data is increasingly pertinent as America grapples with climate issues. CoreLogic released its findings on Wednesday, the same day that President Joe Biden is set to launch an ambitious new effort to combat climate change. Among other things, his plan is slated to address communities disproportionately affected by climate change as well as sustainable infrastructure.

In 2020, the United States saw a record number of hurricanes make landfall as well as the most active wildfire season in the nation’s history.

Twenty-two weather- or climate-related disasters each resulted in at least $1 billion in damages last year, according to the National Oceanic and Atmospheric Administration. The 22 events combined cost the nation $95 billion in damages. And the risk to American real estate is only rising.

Not surprisingly, the properties at highest risk are in California, Texas, Oklahoma, Kansas, Nebraska, along the Mississippi River, and in areas situated across wide swaths of the Gulf and Atlantic coasts.

2020 tied 2016 for the warmest year on record, according to NASA, and the expectation is that temperatures will continue to rise if more is not done to curb greenhouse gas emissions.

A woman crosses a flooded street in 2015.

“The last seven years have been the warmest seven years on record, typifying the ongoing and dramatic warming trend,” said Gavin Schmidt, director of NASA’s Goddard Institute for Space Studies. “Whether one year is a record or not is not really that important — the important things are long-term trends. With these trends, and as the human impact on the climate increases, we have to expect that records will continue to be broken.”

All of this only increases the risk to real estate. Measuring that risk has become a cottage industry, with new companies offering all facets of risk scoring and old companies creating new models. This data is being purchased by real estate developers, insurers and mortgage companies, to name a few.

“How insurers and lenders understand that risk through new technologies can allow them to better protect homeowners and lead to faster recovery times,” said Howard Botts, chief scientist at CoreLogic.