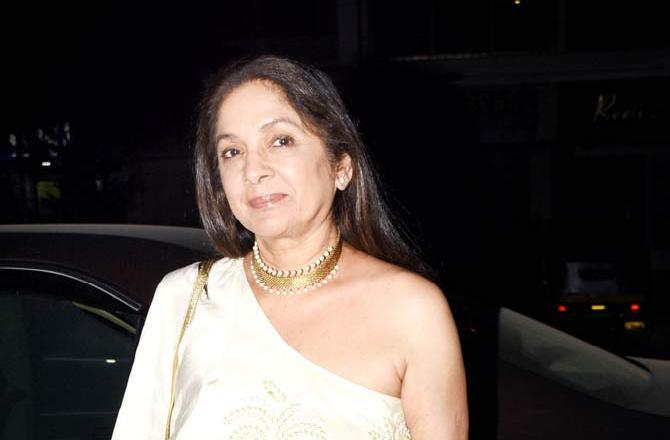 Neena Gupta is basking in the glory of the second innings of her career. It all started in 2018 with films like Badhaai Ho, Mulk, and Veere Di Wedding, and continued with projects like Panga, Shubh Mangal Zyada Savdhaan, and Panchayat. She’s one of the most exciting actors in today’s times.

On the new show, Dating These Days, the actress revealed the nasty things that have been said to her and recalled an anecdote when she had a fight with her boyfriend. She shared a video on her Instagram account where she revealed the details of the conversation.

She said, “A boyfriend of mine…. We were fighting and he said nastily to me ‘you are still on the shelf!’ I will never forget that! It is horrible. Nobody is waiting to be picked up.”

She also talked about being coaxed into getting married by a couple friend of hers. She said, “I had this couple friend from Delhi who was staying next door in Mumbai. I had this another male friend. But I never felt like ‘that’ towards him, I liked him. They used to tell me ‘marry this man, he is a very nice man’.

She added, “They were after me ‘he is such a nice man, and a bachelor! He is wealthy and even owns a flat. Just marry him already’. When I said I do not love him or lust him, I was told ‘just go ahead and marry. Love will also happen’. This is our culture, tradition.”

Talking about marriage, Gupta revealed something interesting. She said, “I got married very late, I married at 48. What I realised after a few years of marriage is, you don’t depend on him for your happiness. You do your thing. At least, he is not stopping me from doing my thing.”

The actress has been a part of the Hindi film industry for more than three decades and acted in films like Swarg, Khalnayak, Balwaan, Veer, and Alone. She has also dabbled with television and done shows like Saans and Kamzor Kadi Kaun?