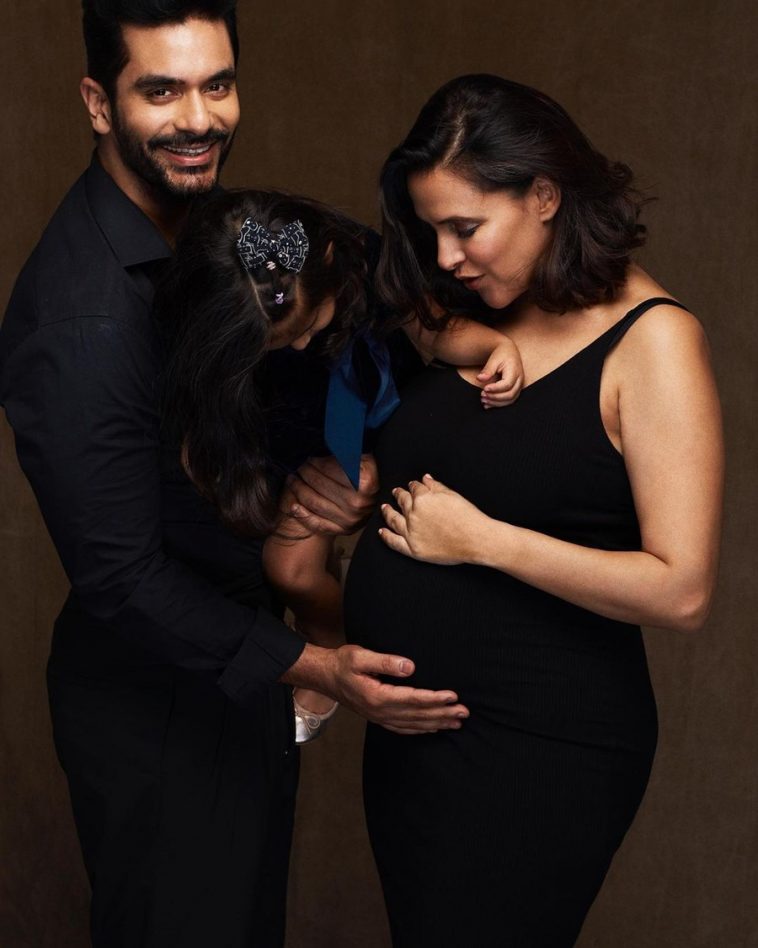 Power-couple of Bollywood – Neha Dhupia and Angad Bedi – the couple will welcome their second child soon.

After welcoming Mehr, actor Neha and Angad Bedi, announced their second pregnancy with a beautiful family photo. The picture shows Neha and Angad caressing her baby bump as the actor hold daughter Mehr in his arm.

Neha Dhupia took to her social media profile and dropped the family picture and wrote, “Took us 2 days to come with a caption…The best one we could think of was…Thank you, God. @prasadnaaik #WaheguruMehrKare”

Being the funny one in the relationship, Angad Bedi expressed his excitement with different caption, he wrote, “New Home production coming soon…Waheguru mehr kare @prasadnaaik”

Angad Bedi, on the other hand, was last seen in Gunjan Saxena: The Kargil Girl, in which he starred alongside Janhvi Kapoor. Before that, he starred in web-series The Verdict – State Vs Nanavati.