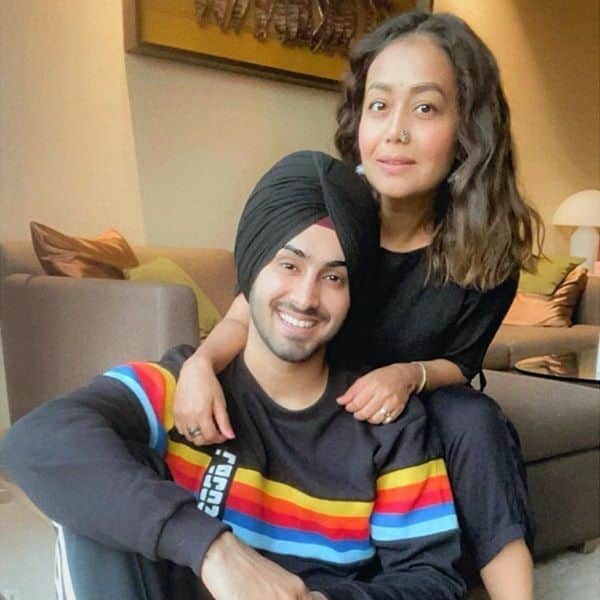 Neha Kakkar seems to have ushered a new age of publicity in the world of Indian pop music, which has been unprecedented, by tying up events in real life with her musical career. Neha, without doubt the most popular female voice in India at the moment, released a new song, Nehu Da Vyah just before her wedding on October 24, with singer Rohanpreet Singh. Then, in December, she posted a picture on Instagram along with the news that she was pregnant. A few days later, on December 19, she took to Instagram again, to announce that the pregnancy photo was merely a promotional campaign for her upcoming album, Khayal Rakhya Kar. And this time around, Neha has openly threatened her husband Rohanpreet’s ex-girlfriend on social media. Also Read – Trending Tunes: Naach Meri Rani maintains the top position followed by Bewafa Tera Masoom Chehra

Linking her real life to the Rohanpreet’s recently released song Ex Calling, Neha posted a short video of hers along with her husband wherein they were seen lip-syncing the lyrics of the song. Neha is seen bashing Rohanpreet’s ex-girlfriend for calling her husband even after marriage. “#ExCalling ? Acha?? Kar tu call phir bataati hoon!!!! ?????? Hehehe.. ?? @rohanpreetsingh I LOVE This song!” Neha captioned the video. And needless to say that her post was nothing but a publicity campaign to promote the song. Also Read – Trending Entertainment News Today —Nikki Tamboli allegedly fought with Rahul Vaidya over his underwear; Thalapathy Vijay fans declare Master a ‘blockbuster’

Neha is Bollywood’s numero uno female voice at the moment, and despite film production being shut she had a very busy year with back-to-back singles including Moscow Suka (with Yo Honey Singh), Bheegi Bheegi, Taaron ke Shehar, and Teri Aankhon Mein. Also Read – Neha Kakkar talks about her struggle; says, ‘When I was growing up, I had no professional help but Tony Bhai and Sonu didi were there to guide’

In a short span of time, Neha Kakkar has become a queen of remixes. She has recorded superhit recreations like Aankh Marey, Dilbar, O Saki Saki, Ek Toh Kum Zindagani, Kala Chashma and Tum Par Hum hai Atke among many others. She often gets trolled for allegedly ruining the old classic songs. But Neha is not much bothered by negative comments coming her way. Neha, who was born in Rishikesh, Uttarakhand, feels that she is in the right path when it comes to her skills. She has now opened up about her struggles, dreams and ambitions, which got her to be one of the most sought after playback singers in Bollywood while also, providing practical tips for improving singing skills.

We all know that Neha was a participant on the Indian Idol. However, she was eliminated from the show after being one of the finalists. But this didn’t stop Neha from achieving her dreams. From the tender age of four, she began her journey in music along with her brother Tony Kakkar and sister Sonu Kakkar, singing at Jagratas in Delhi with no formal training.