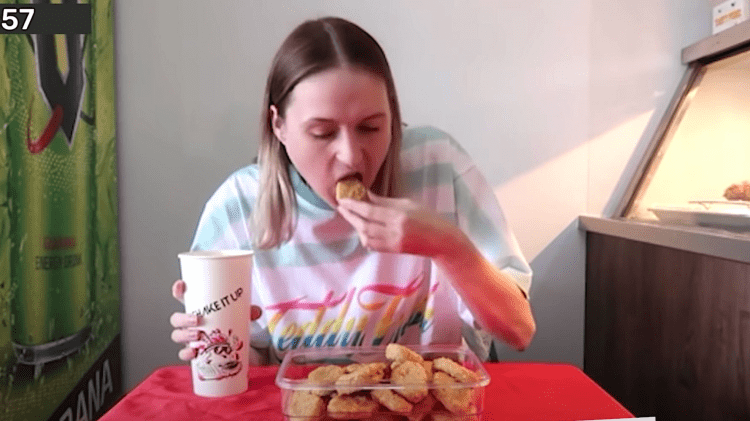 Guinness World Records on Wednesday posted video of her setting the mark for most chicken nuggets consumed in a minute. (Watch the clip below.)

The clip showed Zisser devouring the fast food favorite in real time during an attempt in Auckland, New Zealand. She slowed at the end as if she’d bitten off more than she could chew but still gulped down a record 298 grams (10.5 ounces). The record is measured by weight but for those counting, she had 16 nuggets.

Zisser, 28, said previously she had to eat at least 200 grams for the record, her first Guinness achievement, which she accomplished last month.