Netanyahu expects ties visit by Morocco to Israel next week 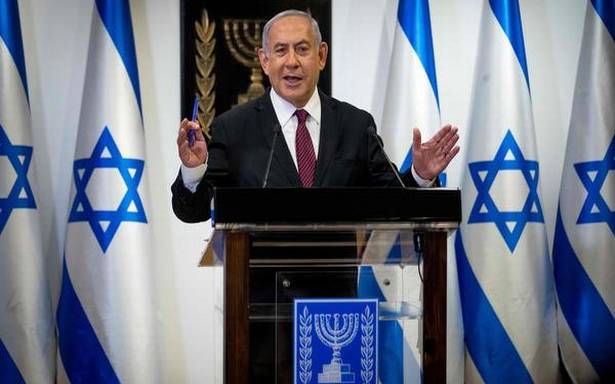 Morocco has followed the United Arab Emirates, Bahrain and Sudan in moving to normalize relations with Israel.

A delegation from Morocco will travel to Israel in the coming week to advance newly-normalised relations, Israeli Prime Minister Benjamin Netanyahu said on Saturday.

Mr. Netanyahu on Friday spoke with Morocco’s King Mohammed VI and invited him to visit. An Israeli delegation travelled to Morocco on Tuesday and the countries plan to reopen mutual liaison offices and to launch direct commercial flights.

“We agreed that the Moroccan delegation will come here at the start of the week in order to advance it all,” Mr. Netanyahu said in a video he posted on Twitter, in which he described his conversation with the king.

A spokesman for the Moroccan government could not be reached for comment. A diplomatic source speaking on condition of anonymity said the timing and composition of the delegation has not been determined yet.

Morocco has followed the United Arab Emirates, Bahrain and Sudan in moving to normalize relations with Israel. Palestinians have censured the U.S.-brokered deals, seeing a betrayal of along-standing demand that Israel first meet their demand for statehood.

Israel’s new partners have also enjoyed bilateral benefits from Washington – in Rabat’s case, U.S. recognition of its sovereignty over the Western Sahara.

Moroccan officials describe their deal with Israel as a restoration of mid-level ties that Rabat cooled in 2000 in solidarity with Palestinians.

The king has reiterated his position in support of a two-state solution to the Israeli-Palestinian conflict and highlighted the monarchy’s “close ties” with Morocco’s Jewish community.