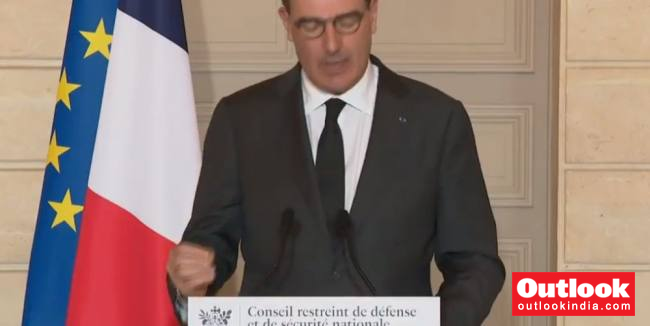 »
New Coronavirus Strain: France To Close Its Borders To Arrivals From Outside EU

France says it’s closing its borders to people arriving from outside the European Union starting Sunday to try to stop the growing spread of new variants of the virus and avoid a third lockdown.

All those arriving from other EU countries will be required to produce a negative virus test, he said.

France already had limits on cross-border travel because of the virus, and imposed tougher checks in airports and ports last week.

International tourism to France has slowed to a trickle because of the pandemic, and restaurants and tourist sites have been closed since October along with many hotels.

France will also close all large shopping centers starting Sunday and limit travel to, and from, its overseas territories.

Castex ordered stepped-up police checks of those who violate France’s 12-hour-a-day curfew, hold secret parties or reopen restaurants in defiance of a closure order in place since October.

Virus infections, hospitalizations and deaths have been rising steadily but not sharply in France in recent weeks, and many doctors have been urging a new nationwide shutdown like those imposed in several other European countries.

Citing the economic devastation of such measures, Castex said: “Our duty is to put everything in place to avoid a new lockdown, and the coming days will be decisive.”

France has reported among the world’s highest virus death tolls, at 75,620, and more than 60% of its intensive care beds are occupied by virus patients.

“More than ever we should do everything to respect the rules,” Castex said.

New Coronavirus Strain: France To Close Its Borders To Arrivals From Outside EU

X
Sasikala likely to be discharged on SundayIndiaAccording to the bulletin, Sasikala completed 10 days of treatment on Saturday. "She has been asymptomatic and maintaining saturation without oxygen s…
close