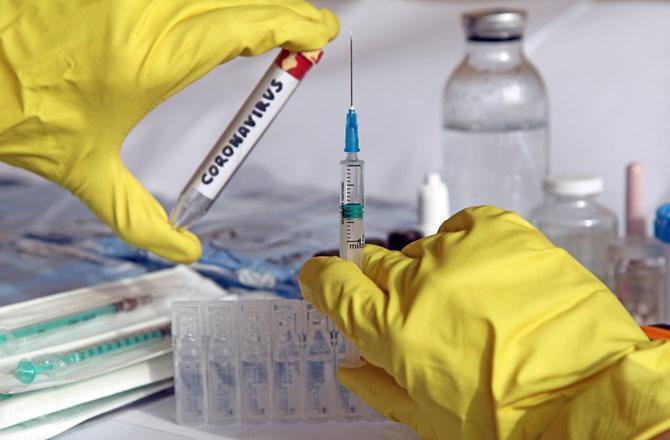 The Union Health Ministry has asked state governments to send the samples of the passengers who tested positive on arrival from the UK to the National Institute of Virology (NIV), Pune or any other appropriate lab for genome sequencing study.

The genome sequencing study would determine if the COVID-19 patients are carrying the existing strain of SARS-CoV-2 or the mutant strain which was discovered in the UK’s population.

If the samples indicate the presence of a new variant of SARS-CoV-2, the patient will continue to remain in a separate isolation unit while necessary treatment as per the existing protocol will be given, the health ministry stated.

“The patient shall be tested on the 14th day, after having tested positive in the initial test. In case the sample is found positive on the 14th day, further samples may be taken until the two consecutive samples taken 24 hours apart are tested negative,” the ministry informed.

The ministry has also asked the Bureau of Immigration (BOI) to share the list of flights from the UK which landed at various international airports in India between November 25 to December 23 with respective state governments for the surveillance.

The health ministry has also issued updated Standard Operating Procedure (SOP) for epidemiological surveillance and response in the context of the new variant of SARS-CoV-2 virus detected in the UK.

The SOP describes the activities to be undertaken at the point of entry and in the community for all international passengers who have travelled from or transited through the UK between November 25 and December 23.

1. Respective state governments shall ensure that all passengers travelling from or transiting through airports in the UK and disembarking in India would be subjected to RT-PCR test on arrival. In case of a positive sample, it is recommended that spike gene-based RT-PCR test should also be performed by an appropriate laboratory.

2. Passengers testing positive shall be isolated in an institutional isolation facility in a separate (isolation) unit coordinated by the respective State Health Authorities. They would earmark specific facilities for such isolation and treatment. Necessary action to send the samples to National Institute of Virology (NIV), Pune or any other appropriate lab for genome sequencing will be initiated at the facility level.

a. If the report of the sequencing is consistent with the current SARS-CoV-2 virus genome circulating in the country; the ongoing treatment protocol including home isolation/treatment at facility level as per case severity may be followed.

b. If the genome sequencing indicates the presence of a new variant of SARS-CoV-2 then the patient will continue to remain in a separate isolation unit. While necessary treatment as per the existing protocol will be given.

3. Those who are found negative on testing with RT-PCR at the airport would be advised quarantine at home and followed up as detailed in Part-C.

4. The concerned airlines shall ensure that prior to check-in, the traveller is explained about this SOP. In-flight announcements must also be made explaining the relevant information to the passengers. Relevant information in this regard shall be prominently displayed in the arrival area and waiting area of the airports.

For the surveillance and containment of the passengers who arrived in India from the UK between December 21 and 23 and tested positive, the ministry has asked the states to put them in institutional quarantine in separate quarantine centers and further test them as per ICMR guidelines.

Meanwhile, the list of travellers who are found RT-PCR negative at airports shall be shared with the respective states by the central unit of Integrated Disease Surveillance Programme (IDSP). Their monitoring would be ensured by respective state governments or IDSP units, the ministry mentioned in its updated SOP.

Further, those international travellers from the UK who arrived in India between November 25 and December 8 will be contacted by district surveillance officers, the SOP stated.