New COVID-19 strain could have entered India prior to December, says AIIMS Director 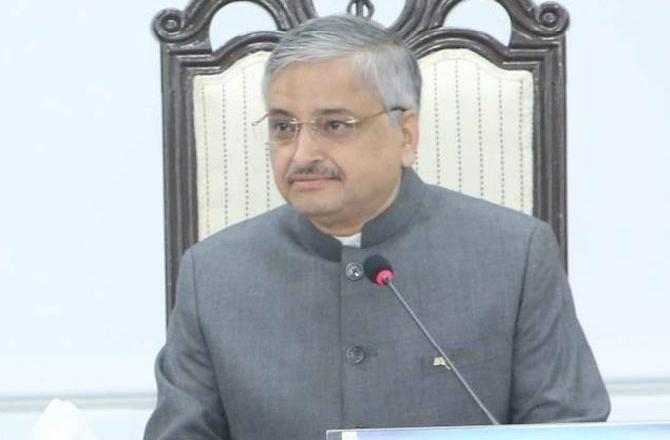 With India confirming at least 20 cases of the new UK strain of Covid-19, All India Institute of Medical Sciences director Randeep Guleria on Wednesday said that it is a possibility that the new mutation could have been present in the country even in November as the mutant strain was reported in the United Kingdom in September and there might be people who would have been infected.

When asked if the Covid-19 mutation which has 70 per cent more infectious was present in India before it was officially reported in the country in December, Guleria told ANI: “There is a possibility that this may happen because we must remember that this strain was first reported in the end of September and there were people who have an infection with this strain in UK”

“It is difficult to say and will depend upon data. There are studies being done in our country by the SARS-CoV-2 Genomic Consortia (INSACOG), which are looking at the samples even from November onwards,” he said.

“The number was not very high but we had travel going on from UK even at that point of time. If you look at the data from Holland, they have said that there were persons who reported this strain even before it was reported by UK as a global warning in December.

So, there is a possibility that this strain may have been even before December and it may have entered in India in November or early part of December,” he added.

The AIIMS director said that the new Covid-19 strain reported is “more infectious” and is a matter of concern.

“The coronavirus has undergone some changes and mutations at various places. The reason of concern with this UK strain is that pre-epidemiological data shows it is more infectious and spreads more rapidly as far as disease is concerned,” he said.

Guleria said extra caution needs to be taken even though the new strain is not causing a significant effect on the number of cases and hospitalization but owning to an increase in its transmissibility, a large number of people could get infected.

“If you look at it epidemiologically this strain leads to an increase in infectiveness that means a large number of people get infected. Now, if you look at our data for the last four to six weeks, there was no spike in the number of cases. We are consistently showing a downward trend. Therefore it is unlikely that this strain even if it had entered India is causing a significant effect on our cases and hospitalization,” he said.

“But we need to be extra careful and make sure that we don’t let it come in our country in a big way and if it is there we take measures that it does not spread rapidly in the community so that we don’t have an increase in the number of cases and we continue our downward trend,” he added.

Dr Guleria explained how the vaccine works and said that the strain reported in UK will not impact on the vaccines.

He further said that the new strain is “still Covid-19, which has just undergone mutations and this has been happening over the last ten months.”