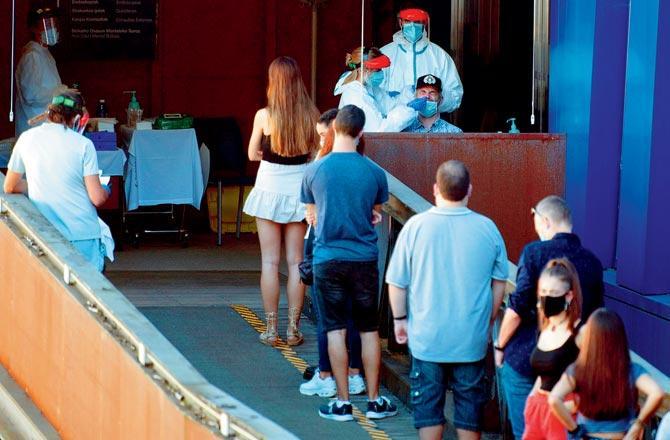 The new strain of the Covid-19 virus which is said to be more infectious is likely to have evolved in the UK.

Nick Loman, Professor of Microbial Genomics and Bioinformation at the University of Birmingham, told a briefing by the Science Media Centre on December 15 that the variant was first spotted in late September and now accounts for 20 per cent of viruses sequenced in Norfolk, 10 per cent in Essex, and 3 per cent in Suffolk.

“There are no data to suggest it had been imported from abroad, so it is likely to have evolved in the UK,” he is quoted to have said in the BMJ.

UK’s Health Secretary, Matt Hancock, has told Parliament that a new variant of Covid-19 has been identified and may be driving infections in the south east. However, this is not the same as saying that it is causing the rise, the BMJ report said.

Loman explained: “This variant is strongly associated with where we are seeing increasing rates of Covid-19. It’s a correlation, but we can’t say it is causation. But there is striking growth in this variant, which is why we are worried, and it needs urgent follow-up and investigation.”

The BMJ report said that SARS-CoV-2 is an RNA virus, and mutations arise naturally as the virus replicates. Many thousands of mutations have already arisen, but only a very small minority are likely to be important and to change the virus in an appreciable way. COG-UK says that there are currently around 4000 mutations in the spike protein.

Sharon Peacock, director of COG-UK, told the Science Media Centre briefing, that: “Mutations are expected and are a natural part of evolution. Many thousands of mutations have already arisen, and the vast majority have no effect on the virus but can be useful as a barcode to monitor outbreaks.”

The new strain has been named VUI-202012/01 (the first “Variant Under Investigation” in December 2020) and is defined by a set of 17 changes or mutations. One of the most significant is an N501Y mutation in the spike protein that the virus uses to bind to the human ACE2 receptor. Changes in this part of spike protein may, in theory, result in the virus becoming more infectious and spreading more easily between people, the report said.

It said that Public Health England’s laboratory at Porton Down is currently working to find any evidence that the new variant increases or decreases the severity of disease. Susan Hopkins, joint medical adviser for NHS Test and Trace and Public Health England, said: “There is currently no evidence that this strain causes more severe illness, although it is being detected in a wide geography, especially where there are increased cases being detected.”

However, vaccines produce antibodies against many regions in the spike protein, so it is unlikely that a single change would make the vaccine less effective. Over time, as more mutations occur, the vaccine may need to be altered. This happens with seasonal flu, which mutates every year, and the vaccine is adjusted accordingly. The SARS-CoV-2 virus doesn’t mutate as quickly as the flu virus, and the vaccines that have so far proved effective in trials are types that can easily be tweaked if necessary, the report said.