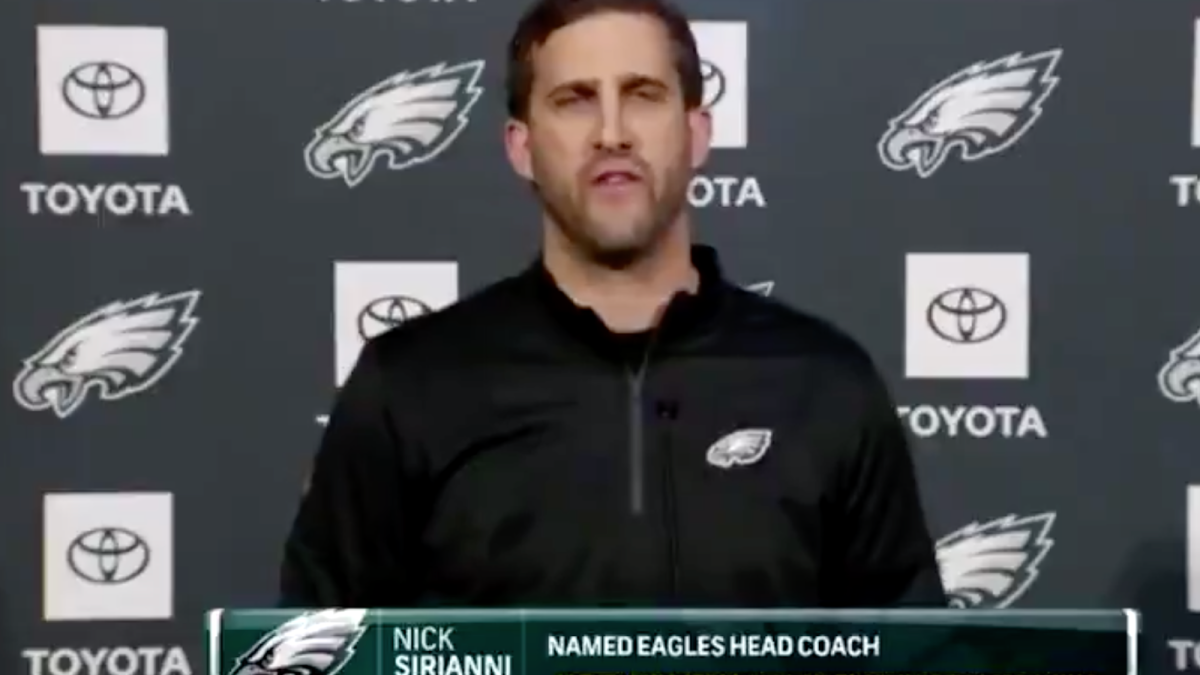 We’re all well aware at this point the Philadelphia Eagles hired Nick Sirianni, formerly the Indianapolis Colts’ offensive coordinator, to be their head coach. Today, Sirianni had his introductory press conference, and boy was it rough.

Sirianni apparently decided to get really dressed up for the event, putting on his finest tracksuit to introduce himself to the Philadelphia press corp and fanbase. Even new Detroit Lions head coach Dan Campbell put on a suit to dive into his kneecap cannibalistic rage.

While football Twitter is obsessed with the awkwardness of his delivery, not all good coaches have to graduate from the Knute Rockne school of public speaking. Let’s look at the content here.

So to be smart you have to know what to do and you’re going to have easy systems so everyone knows what to do, but those easy systems will only be easy for you and not for the other teams to learn, or something. I guess. Got it.

The ceiling is clearly the roof.

We’re going to turn this team around 360.

They don’t think it be like it is, but it do.

This whole thing reads like the personal diary of Yogi Berra. Or Yogi Bear. Maybe both. I don’t know. All I do know is that Sirianni clearly got off to a very rough start with one of the most ruthless fanbases and in vicious media towns in the country, and for his sake, I hope his next outing with the press goes much smoother.