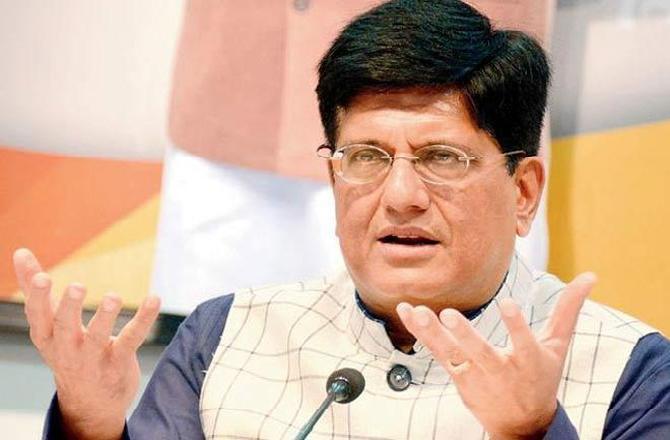 Railway Minister Piyush Goyal has dismissed the allegations of not holding consultations with farmers over the new Central farm laws. Goyal on Friday said these laws have been enforced only after discussing their provisions with the farmers.

The Minister in a tweet said Prime Minister Narendra Modi’s government has discussed the agricultural reforms with all the stakeholders from the beginning. Model laws were sent to the states and discussions were held with the Chief Ministers.

Goyal said innumerable training and webinar sessions were held with farmers, and these laws have been enforced only after discussing the provisions with them.

It has been alleged that the Central government has implemented the three agricultural laws during the corona pandemic without taking the opinions of the farmers.

The farmers have been protesting at the borders of the national capital for more than three weeks now, demanding the repeal of these three laws. In such a situation, this statement from the Railway Minister assumes significance.

Piyush Goyal holds the Railways portfolio along with the Ministry of Consumer Affairs, Food and Public Distribution. The procurement of paddy and wheat at the Minimum Support Price (MSP) from the farmers is done through Goyal’s ministry.

Farmers are demanding a guarantee on the MSP for the purchase of all the crops for which the government declares the MSP. The government announces MSP for 23 crops every year.

Prior to the Railway Minister, Union Agriculture and Farmer Welfare Minister Narendra Singh Tomar has also denied the allegations of farmer organisations. In a conversation with IANS, Tomar had said a few days ago that it is not that farmers have not been consulted, there have been a lot of discussions earlier about the new agrarian reforms.

He said there are nearly 14 to 15 crore farmers in the country and whenever any law is made, then it is not possible to seek advice from everyone, but it is a process. M S Swaminathan spent many years consulting all stakeholders on the new farm laws.

The National Farmers Commission also took many years taking advice from the stakeholders. Several farmer representatives were consulted, too. The APMC Model Act was then formulated and sent to the states and was widely debated. Thus, it is incorrect to say that the advice of several stakeholders was not taken, Tomar said.

Earlier, Tomar had written an emotional letter to the farmers on Thursday, mentioning the steps taken by the Modi government for the progress of the agriculture sector, including measures taken for the interests of farmers through the three laws. A 100-page e-booklet has also been released by the government which highlights the benefits accruing to the farmers through the new reforms.