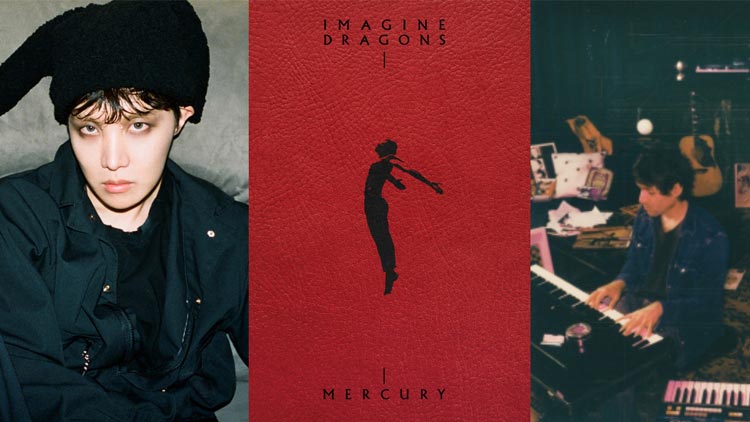 Hey there. It is yet another week coming to an end and how can I let it pass by without mentioning some certified bangers that are about to release tomorrow? Of course, I can’t, which is why I’m here to talk about the hot song and album releases coming up n July 1st.

There are three different genres where I’m sure you’ll fit in either or all of them this time. So, let’s just straight get into it, shall we?

As BTS said they’ll now be focusing a little more on their solo projects, J-hope is the first to kickstart the journey for all of them by releasing his first solo album “Jack In The Box” whose lead single “MORE” will be released tomorrow at 9:30 AM IST.

The artist has been really excited about this album and the single which is soon to be released; its music video teaser has also been posted on the “Hybe Labels” Youtube channel.

He has been actively posting and updating all the album-related content with the group members being his number one supporters. The genre of this song sounds very Hip-Hop, and I’m sure J-hope is about to kill it!

The fans are super excited, to say the least, and so am I.

I’m sure you must be aware of who “Imagine Dragons” is, and if you’re not, it’s a shame really. They’ve produced hits like ‘Believer’, ‘Demons’, and many more.

Mercury – Act 2 is the 2nd act of their double album Mercury, whose first part ‘Mercury – Act 1’ has already been released long back. The physical album will contain its first part as well. They had announced the release of this album last year itself, and it’s been a long wait but definitely going to be worth it.

The song will be a mix of already released songs and the new unheard ones. The genres of these albums are Pop Rock and Alternative Rock.  This album will be readily available tomorrow on streaming platforms, keep an eye out for it!

3. Last Night in the Bittersweet by Paolo Nutini

This artist is a Scottish singer-songwriter who produces songs in the genre that sets back to the early 2000s because that is when he started really. It is a mix of classic rock, soul-rock, and pop-rock, with a little bit of jazz if you may, in this soon-releasing album really.

The singles to this album have already been released in the last two months— ‘Through the Echoes’, ‘Lose It’, and ‘Shine a Light’, which when I heard sounded way cooler and the ones you can vibe to than I thought they would.

And before I knew it fell down this rabbit hole of his songs and anticipated the rest of the album. This is a release he will be making after eight whole years. It will be available to listen to on all platforms on July 1st. Please be as excited as I am, and check out his older songs while you’re at it.

I hope you’ve had a good week, if not I’m glad you powered through to each the weekend. Hope you give all these artists, songs, and albums a choice and find something to obsess over cause’ life is more fun that way!