New poster of the film RRR 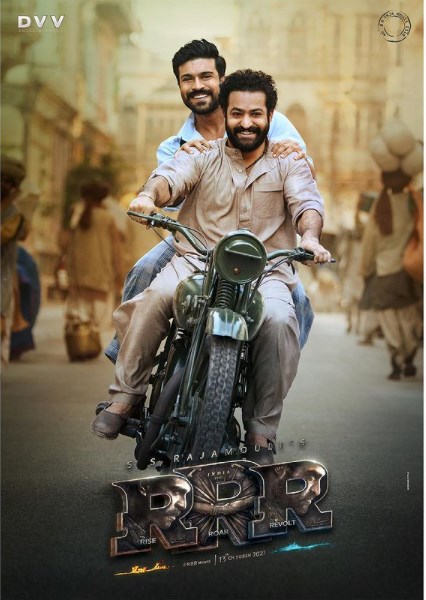 Everyone is eagerly waiting for SS Rajamouli’s period action drama film ‘RRR’ to release. The film is one of the most anticipated films of the year. A new poster of the film has been released featuring Ram Charan and N.T.Rama Rao Jr. The release date of the film remains the same 13 October 2021.

In the poster we can see Ram Charan and Jr. NTR on a bike together.

The poster has left the fans quite excited for the film. With the new poster release, it is clearly evident that the release date of the film has not been postponed and the film will release on 13 October 2021 only as decided earlier.

It is a fictional story about two Indian revolutionaries Alluri Sitarama Raju played by Ram Charan and Komaram Bheem played by Rama Rao, who fought against the British Raj and Nizam of Hyderabad respectively.

The film will be released on 13 October 2021 in Hindi, Malayalam, Tamil and Kannada.

RRR: Find out how Ajay Devgn’s character will look like in the film! –...

Ram Charan birthday: 10 impactful events arranged by the RRR star’s fans across the...