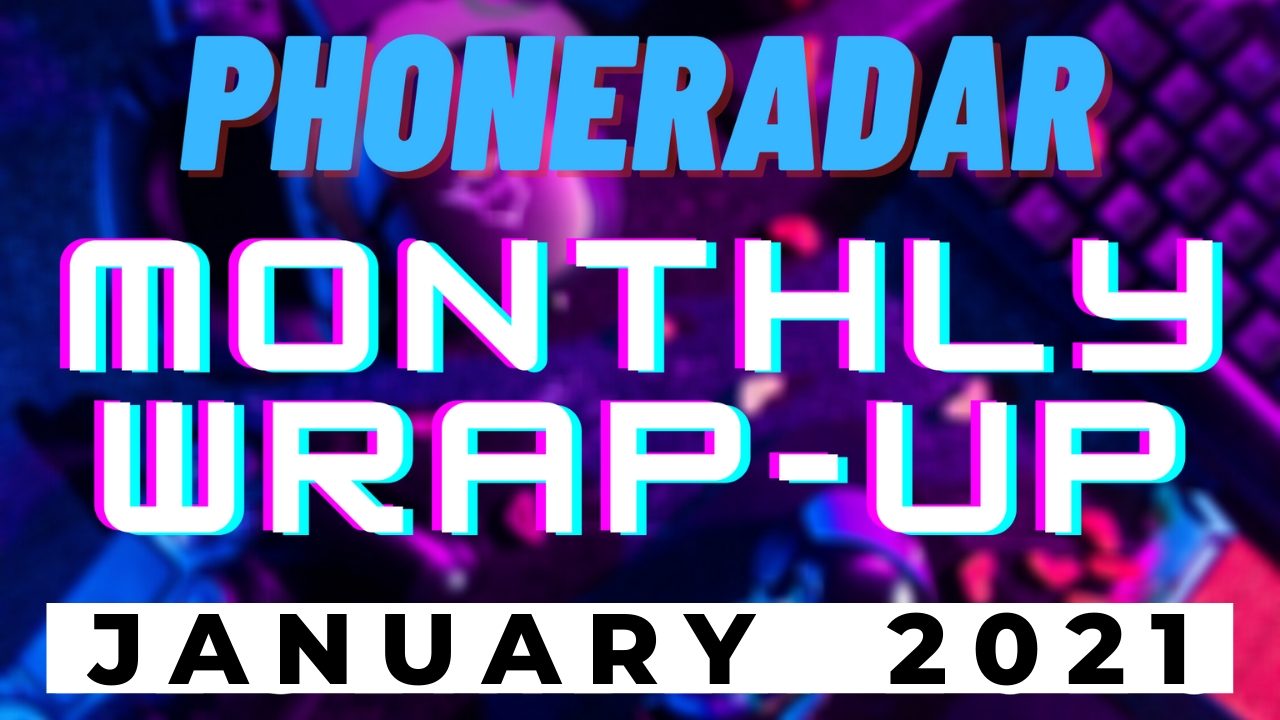 In the first month of 2021, several big announcements came from the Consumer Electronics Show (CES) held in Las Vegas. Also, Samsung unveiled the 2021 flagship Android smartphones in the first month itself. In case if you have missed out on catching up on all the smartphone-related news from this month, here is our tech news wrap-up for the month of January 2021 to bring you all the noteworthy news in a single post.

Sony To Launch PlayStation 5 In India On February 2

Sony is all set to launch its next-gen gaming console in India on February 2. It is currently available to pre-order from select online and offline stores. The PlayStation 5 comes packed with an 8-core AMD Ryzen Zen 2 CPU, 36CU RDNA 2-based custom GPU, 16GB GDDR6 RAM, and 825GB NVMe SSD. In India, the PS 5 and PS5 Digital Edition will be costing Rs 49,990 and Rs 39,990 respectively. However, the PS5 Digital Edition and select peripherals like Dual Sense charging station, HD camera & PS headset will not be available on launch day. Amazon has debuted the smart TV market by launching AmazonBasics Smart LED TVs in India. The company has launched three 4K models in 55-inch, 50-inch, and 43-inch sizes. There are also 43-inch Full HD and 32-inch HD Ready models as well. All five smart TVs are powered by Amazon’s Fire TV OS. Moreover, the AmazonBasics 4K smart TVs support Dolby Vision and Dolby Atmos. The Fire TV Remote comes with voice search also supports Alexa. Interestingly, the company has opted to offer the same 20W dual speaker setup on all the five TVs. While the 32″ and 43″ non-4K models are priced at Rs 13,999 and Rs 23,499 respectively, the AmazonBasics 4K smart LED TVs will retail from Rs 27,499. LG has launched two new TONEFREE wireless earbuds in India. The LG TONEFREE HBS-FN7 and TONEFREE HBS-FN6 come with a UVnano charging case that uses UV light to kill the bacteria on the earbuds. However, only the HBS-FN7 variant supports active noise cancellation (ANC). The earbuds will offer a Meridian-tuned premium sound experience along with headphone spatial processing (HSP). Using the LG TONE Free app, users can also choose between Meridian’s four preset sound modes. Both the models are IPX4 certified for water resistance. While the earbuds alone last for 6 hours on a single charge, the charging case provides two additional full charges. Currently, the LG TONEFREE FN7 cost Rs 19,990, and the TONEFREE FN6 are available for Rs 13,990. Lava has launched quite a few smartphones – Lava Z1, Lava Z2, Lava Z4, Lava Z6, & Lava myZ. Apart from the entry-level Lava Z1 which is priced at just Rs 5,499, all the other smartphones sport a waterdrop notch display giving them a modern look. These smartphones are not just “Made in India” but are also “Designed in India.” With the myZ, the company will let the customers build their own smartphones by choosing the RAM, storage, rear camera, front camera, and color. According to the company, the Lava myZ can be made in 66 unique ways and the top-spec model will cost Rs 10,699. Qualcomm has officially unveiled the first-ever Snapdragon 400-series chipset with 5G support. The new Snapdragon 480 5G Mobile Platform comes with a built-in Snapdragon X51 5G Modem-RF system with support for both sub-6GHz and mmWave 5G bands. It is built on an 8nm node and features a triple ISP. The Kryo 460 CPU includes 2 Cortex-A76 cores clocked at 2.0GHz and 6 Cortex-A55 cores clocked at 1.8GHz. The Adreno 619 GPU on the Snapdragon 480 is said to offer much higher performance than its predecessor. This new chipset is also the first in the Snapdragon 400-series to support Quick Charge 4+ fast charging technology. The smartphones powered by the all-new Snapdragon 480 will be launching in the coming months. POCO, the sister brand of Xiaomi, has announced a permanent price cut on some of its smartphones. The pricing of all three storage variants of the POCO M2 Pro has been decreased by Rs 1,000. While the POCO M2 64GB storage variant received a price cut of Rs 1,000, the 128GB variant pricing has been reduced by Rs 1,500. Coming to the POCO C2 and POCO X3, the retail price is decreased by Rs 500 on each device. All four smartphones are available in India via Flipkart. Stay tuned for the sales to grab these devices at a much lower price. OPPO has launched the Reno 5 Pro 5G smartphone in India for Rs 35,990. On the front, the device sports a 6.5-inch Full HD+ OLED display with a 90Hz refresh rate and a 32MP selfie camera. Under the hood is the 7nm MediaTek Dimensity 1000+ octa-core processor coupled with Mali-G77 MC9 GPU. The device ships with 8GB of LPDDR4x RAM and 128GB of UFS 2.1 flash storage. On the rear, the Reno 5 Pro 5G features a 64MP primary camera, an 8MP ultra-wide camera, a 2MP macro camera, and a 2MP mono camera. It runs on the latest Android 11 based ColorOS 11 out of the box. It supports 5G connectivity and packs in a 4,350mAh battery that supports 65W Super Flash Charge fast charging technology. The newly launched Vu Cinema TV Action series includes 55″ and 65″ 4K smart LED TVs. While the 55″ model offers a peak brightness of 400 nits, the 65″ model comes with 500-nit peak brightness. The other specifications remain the same on both these TVs. Both support Dolby Vision, HDR10, and Dolby Audio. These new Vu Cinema TVs also include 6 JBL-powered speakers with a total output of 100W. The 55″ and 65″ Vu Cinema TVs are available on Flipkart and Amazon for Rs 49,999 and Rs 69,999 respectively. The company is also providing a 3 years warranty. Xiaomi will soon launch the all-new Mi Band 6 as the successor to the Mi Band 5. As per the recent leaks, the Mi Band 6 will be launching internationally without NFC support. Whereas in China, it will support NFC for making contactless payments. It also rumored to support Amazon Alexa and SpO2 monitoring. The display of the Mi Band 6 will have a resolution of 152 by 360 pixels. While the Mi band 5 came with 11 sport modes, the new version will bump that number to 30. There is no official confirmation from the company about the launch of this new affordable fitness tracker. Realme has officially confirmed to launch the Realme X7 5G smartphones on February 4. The Realme X7 Pro 5G will launch with a 120Hz AMOLED display, Dimensity 1000+ SoC, 64MP quad rear cameras, 65W fast charging technology. On the other hand, the Realme X7 5G is expected to be rebranded Realme V15 launched recently in China. It sports a 6.5″ AMOLED display with a 60Hz refresh rate and includes the 7nm Dimensity 800U SoC. While there is no confirmation, these devices should be running on the latest Android 11 out of the box. The Realme X7 5G smartphones will be sold via Flipkart.com in India. Soundcore, the sub-brand of Anker, has launched one of the most affordable soundbars with Dolby Atmos support in India. Along with two 2.5-inch midrange drivers and 1-inch tweeters, the Soundcore Infini Pro also features two 3-inch subwoofers and two symmetrical bass reflex ports. The connectivity options include HDMI, HDMI ARC, AUX, Bluetooth, and Digital Optical. Moreover, it also includes Dolby Vision pass-through and 4K HDR pass-through support. The Soundcore Infini Pro comes with 18 Months warranty and is available on Flipkart.com for Rs 14,999. The LG K42 is the company’s latest mid-range smartphone to launch in the Indian market. The device is priced at Rs 10,990 and comes with 2 years of warranty and free one-time screen replacement. It is powered by the older Helio P22 octa-core processor and includes 3GB of RAM and 64GB of internal storage. There is a 13MP quad-camera setup on the rear and an 8MP selfie camera on the front. There is a side-mounted fingerprint scanner along with a dedicated button for triggering Google Assistant. It is also MIL-STD 810G certified for its durability. The LG K42 sports a 6.6-inch HD+ display with a 20:9 aspect ratio. Realme has announced the latest Android 11-based Realme UI 2.0 Early Access program for several of its smartphones. As of now, this new Early Access update is only available for the Realme X3, Realme X3 SuperZoom, Realme X2, Realme 6, Realme C12, and Realme C15 smartphones. Previously, the Realme UI 2.0 Early Access update was made available for the Realme 7 Pro, Realme 7, Realme Narzo 20 Pro, Realme 6 Pro, and Realme X2 Pro smartphones. To receive the Android 11 update, go to Settings > Software Update. Now, tap on the settings icon in the top right corner, select Trial Version, and then hit the Apply Now button and submit your details.