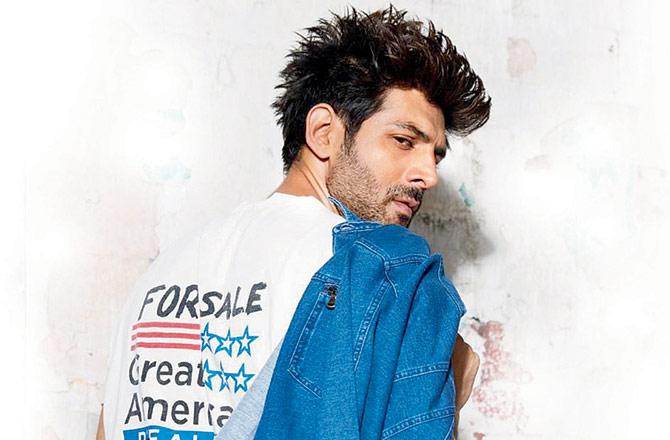 A day before he left for the shoot of Dhamaka, Kartik Aaryan had revealed that his mother was worried about him filming amid the pandemic. His mother can now heave a sigh of relief – Aaryan will shoot his last sequence today after which director Ram Madhvani can call it a wrap on the project. By completing the film in only 10 days, the actor-director duo have pulled off a feat that is almost unheard of in Bollywood.

The poster of Dhamaka

The thriller, which sees Aaryan as a journalist, went on floors on December 14 at Renaissance Mumbai Convention Centre Hotel in Powai. The entire unit was tested for COVID-19, following which they quarantined at the hotel. With the first two days dedicated to photoshoots, Madhvani called for action on December 16. “Since the unit comprised 300 people, the entire hotel was booked by the production team. The filmmaker and his team adhered to the necessary safety protocols, and ensured that no outsiders were allowed into the hotel. In fact, the hotel staff was also instructed to stay put during the period, thus creating a bio-bubble of sorts,” reveals a source.

Owing to the nature of the story that revolves around a terror attack, most scenes of Dhamaka are set indoors. “Only a few action sequences were filmed outdoors, in locations close to the hotel,” says the source.

If Kartik did three-week virtual workshops to become one with the character, the director designed a detailed storyboard to ensure that the team did not waste time on the floor. “Ram sir had planned each scene, including where every actor would stand and what the camera angle would be. Thanks to the intense prep, Kartik knew his character like the back of his hand. It saved the unit a lot of time. While the shoot went overtime on a few occasions, they would usually call it a day after eight hours of filming. Kartik, who had allotted 14 days to the film, was happy to wrap it up before time. This is the first mainstream Hindi film that has been shot in such a short period.”