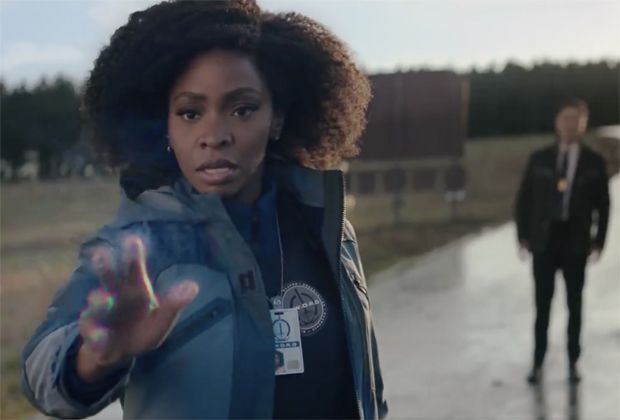 It’s about to go down on WandaVision. A new trailer for the Disney+ series’ fourth installment, debuting Friday, Jan. 29, alludes to a real game-changer for the series: “Nothing can prepare you for what’s next,” the voiceover teases.

In the sneak peek, Teyonah Parris’s “Geraldine” walks up to the edge of a force field and attempts to feel it. FBI Agent Jimmy Woo (Ant-Man and the Wasp’s Randall Park) warns her to be careful while confirming her real identity as Captain Monica Rambeau, the grown-up daughter of Captain Marvel’s U.S. Air Force pilot Maria Rambeau.

Additional teases include footage of Woo calling out to Wanda from the radio, the appearance of

Parris gassed up the upcoming episodes in a previous interview with TVLine: “Watching all of that unravel, and then come together later in the series, is going to be quite a ride,” she teased. “And I hope that you all tune in and ride this thing with us, because it will be well worth it. I know there are so many questions in the first couple of episodes, and just no answers, but we will get to it, I promise.”

Watch the new Episode 4 promo below:

New 'WandaVision' Trailer Teases a Game-Changing Episode 4: 'Nothing Can Prepare You for What's Next'