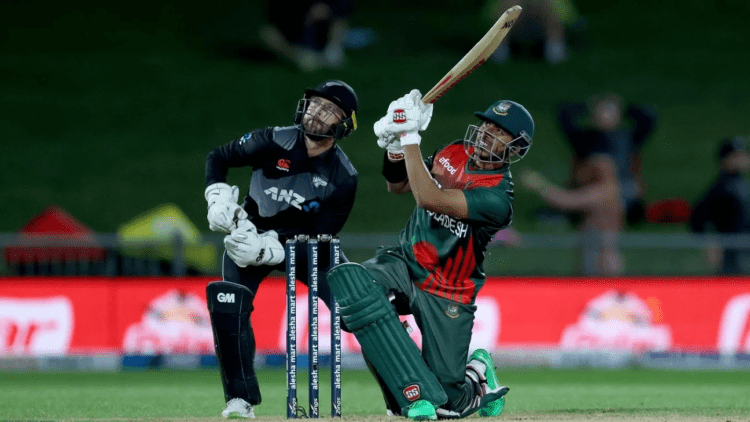 The hosts New Zealand and the visitors Bangladesh will again meet in the last game of the three-match T20I series this Thursday (1st April) night at Eden Park (Auckland).

New Zealand are leading this T20I series by 2-0 as they won both the first two matches of this T20I series. While the hosts won the T20I series opener by 66 runs, they also claimed a 28-run victory in the second rain-interrupted game, where we also experienced DLS method dramas.

The hosts New Zealand are in great form as they have won all the series in this home season. While they have outclassed the visitors Bangladesh in this T20I series too, the Blackcaps are now looking to complete another whitewash.

In the first game of this series, Ish Sodhi got four wickets while Lockie Ferguson bagged two wickets. In the next game, skipper Tim Southee, Hamish Bennett and Adam Milne picked up two wickets each.

The visitors Bangladesh are missing their senior players and it is hurting them a lot as there is no clue for them to stop their winless run against the hosts New Zealand. Though they fought well in the second T20I, they failed to stun in that rain-interrupted T20I match.

Among the Bangladesh batsmen, opener Mohammad Naim has scored the most runs in this series (65 runs) as he scored 27 runs and 38 runs in the first two T20Is. In the meantime, Soumya Sarkar scored 51 off just 27 balls in the second T20I while Afif Hossain and Mohammad Saifuddin played some late good knocks in the first T20I. But otherwise, there were no more strong batting performances from the visiting batsmen.

Left-arm spinner Nasum Ahmed has impressed with his disciplined bowling performances, who got two wickets on his T20I debut during the first game of this series while he had the wicket-less but disciplined bowling figures in the second T20I (4-0-25-0). Most of their other bowlers have mostly disappointed in this series.

The host New Zealand are once again a favourite for the third T20I as the inexperienced Bangladesh side is struggling in this tour.