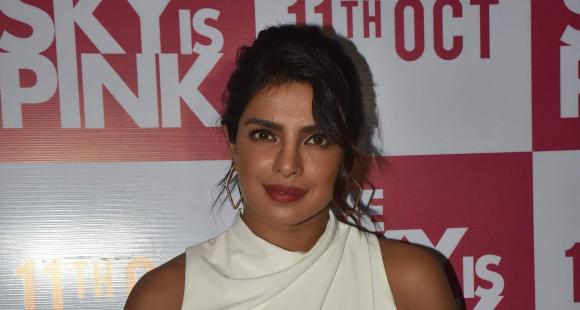 After Arjun Rampal, actress Divya Dutta has also shared her first look poster from the Kangana Ranaut starter Dhaakad. She plays the role of Rohini in the spy thriller that has been directed by Razneesh Ghai. Kangana plays the role of agent Agni in the movie.

Her memoir titled Unfinished has been making headlines ever since the time it was announced. The hard copy of the same is also out and Priyanka has got access to the same that has left her elated. She even shared a post expressing her feelings on social media.

Also Read: Priyanka Chopra is euphoric on seeing her book ‘Unfinished’ 1st time: Can I be terrified & excited together?

The actor who was last seen in Panipat already has two projects lined up. Now, as per the latest reports, he will play the lead role in another movie which marks the directorial debut of filmmaker Vishal Bharadwaj’s son Aasmaan. Meanwhile, the makers are yet to finalize the rest of the star cast in the same.

The Coolie No. 1 star is all set to tie the nuptial knot with his ladylove Natasha Dalal. According to the latest reports, both of them will get married in The Mansion which is situated at Alibaug.

Also Read: EXCLUSIVE: Varun Dhawan and Natasha Dalal all set to marry at The Mansion House in Alibaug

Trouble awaits the makers of Tandav as another FIR has been lodged at Mumbai’s Ghatkopar police station for allegedly hurting religious sentiments. For the unversed, two other FIRs have also been filed against the makers already on similar grounds.

The late actor’s sister, friends, and millions of fans around the world remembered him on his 35th birth anniversary. Shweta Singh Kirti shared some old pictures of Sushant with her and the rest of the family which is hard to miss.