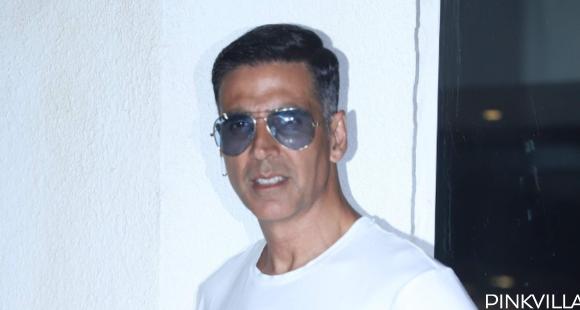 Newswrap, January 23: From Good Luck Jerry’s shoot coming to a halt to the latest updates on Varun Dhawan and Natasha’s wedding, check out the key stories from the previous day.

Akshay Kumar starrer Bachchan Pandey is among the most awaited movies of the year. The actor has recently announced the release date of the movie which is January 26, 2022. Apart from that, he also unveiled another official look from the movie that has sent the fans into a frenzy

The groom-to-be has already reached Alibaug and is all set to tie the knot with Natasha Dalal on Sunday. In the midst of all this, Varun’s first-ever picture from the wedding festivities has gone viral on social media. He can be seen posing with the rest of the squad in the same.

Also Read: Groom to be Varun Dhawan is over the moon with his squad in FIRST PIC from his & Natasha Dalal’s wedding

In the past few hours, the Bernie Sanders meme has gone viral on social media in no time. Deepika Padukone is also among the others who have taken part in the meme fest. She has also shared an edited picture in which she can be seen posing in the kitchen with the Americal senator.

Did Varun Dhawan meet with an accident?

If media reports are to be believed, the actor’s car met with an accident on Friday. He was on his way to the bachelor’s party in Alibaug where the incident took place. Fortunately, none of the people seated inside the car were hurt or injured.

Also Read: Varun Dhawan’s car reportedly meets with an accident in Alibaug ahead of wedding with Natasha; Deets Inside

The actress has recently returned to Mumbai after having wrapped up her pending work in Chennai. Now, the latest reports suggest that she will begin shooting for Thank God from today. The movie also features Ajay Devgn and Sidharth Malhotra in the lead roles.

The actress had been shooting in Patiala for the movie Good Luck Jerry for the past few days. However, a group of angry farmers protested near the shooting location on Saturday due to which the makers pulled off the same.