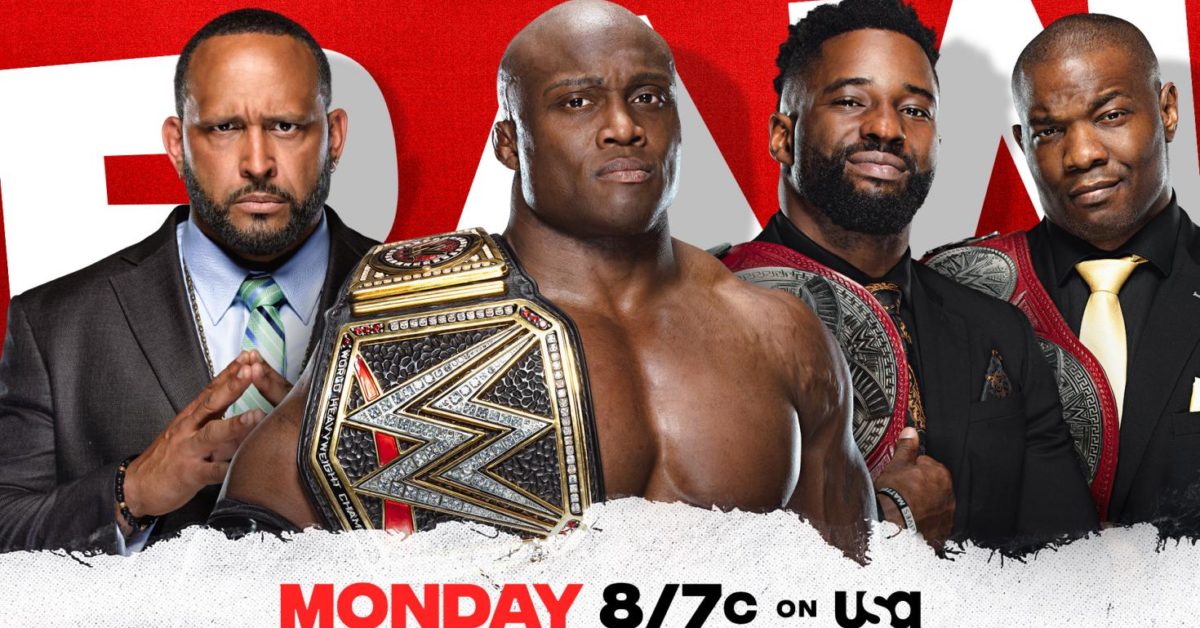 Two segments are set for this week’s episode of WWE Raw. Bobby Lashley and the Hurt Business will celebrate Lasley beating The Miz for the WWE Championship, which isn’t really such a bug thing to celebrate. I mean, it was The Miz, after all. In addition to that, Braun Strowman is looking to cancel Shane McMahon, demanding an apology for McMahon’s actions last week.

WWE.com has the details on this segment in a press release we’re happy to paste here because all Bleeding Cool articles have a minimum word count:

An All Mighty celebration is upon us!

Coming off his monumental victory over The Miz last week, new WWE Champion Bobby Lashley will join his fellow members of The Hurt Business for an epic celebration this Monday on Raw.

What will The CEO of The Hurt Business, MVP and Raw Tag Team Champions Shelton Benjamin & Cedric Alexander have in store for Lashley’s first full Raw as WWE Champion?

Don’t miss it this Monday on Raw live at 8/7 C on USA Network!

Two people who won’t be celebrating on WWE Raw on Monday are Braun Strowman and Shane McMahon. Strowman is demanding an apology from McMahon for booking Strowman in a tag match with Adam Pearce, which Pearce lost. That’s right: cancel culture has come to WWE! Again, from WWE.com:

Braun Strowman is one angry monster, and he wants answers.

The Monster Among Men feels like Shane McMahon has been out to get him in recent weeks. From excluding him from the Elimination Chamber Match, to not automatically giving him a WWE Championship opportunity, Strowman has some gripes. Matters were made worse last week when Shane may have inadvertently cost Strowman and Adam Pearce the Raw Tag Team Titles in their match against The Hurt Business, so now an apology just may be in order.

Will Shane McMahon grant Braun Strowman’s demand and issue an apology to The Monster Among Men?

Find out this Monday on Raw live at 8/7 C on USA Network!

Will Shane apologize, or will he be canceled? We’ll find out on WWE Raw on Monday unless Vince McMahon changes his mind and books a completely different show.