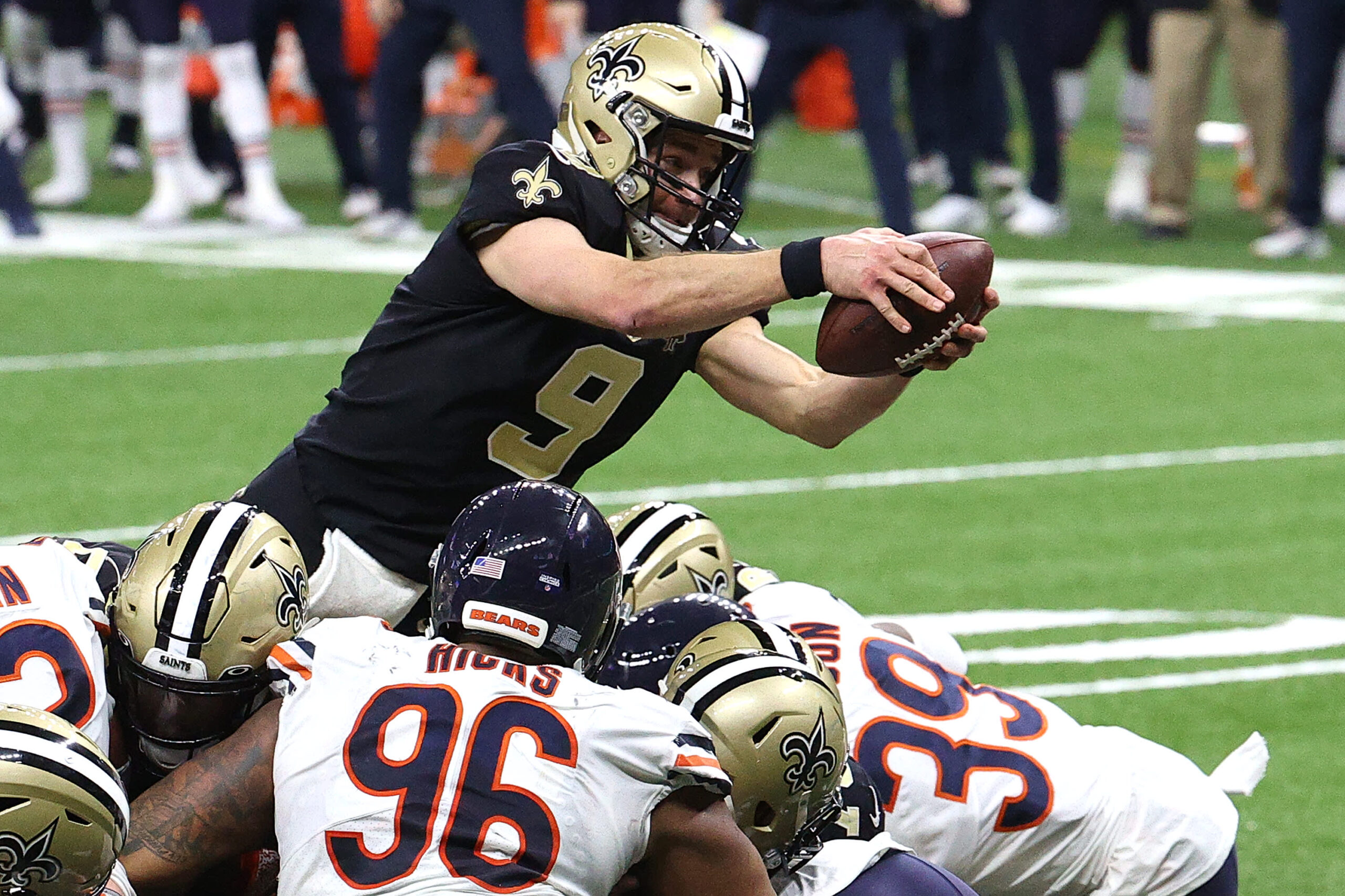 Drew Brees #9 of the New Orleans Saints dives in the end zone to score a one yard touchdown against the Chicago Bears during the fourth quarter in the NFC Wild Card Playoff game at Mercedes Benz Superdome on January 10, 2021 in New Orleans, Louisiana.

The National Football League came out the gate swinging for its playoff openers, led by ViacomCBS Sports and Nickelodeon’s simulcast, which attracted more than 30 million viewers combined.

The NFL’s attempt to solicit younger viewers drew praise for its Nickelodeon-themed digital effects and commentary on social media. The game saw the Saints beat the Bears, 21-9, and even featured Saints coach Sean Payton getting slimed on Nickelodeon in the postgame.

The Browns defeated the Steelers, 48-37, for the club’s first postseason victory since 1995. And it could be the last time long-time quarterback Ben Roethlisberger suits up in a Steelers uniform.

Ben Roethlisberger #7 of the Pittsburgh Steelers in action against Adrian Clayborn #94 of the Cleveland Browns on January 11, 2021 at Heinz Field in Pittsburgh, Pennsylvania.

Roethlisberger, who threw four interceptions in the game, will be a $41 million salary cap hit for the team next season, leading to speculation the Steelers could part ways with the 38-year-old play-caller, who turns 39 in March.

Brady and Saints quarterback Drew Brees will go head to head for the third time this season, as the Saints will host the Bucs this weekend. The duo helped Fox Sports attract over 25 million viewers in their first contest in Week 1.

Fox said its Saturday game between the Los Angeles Rams and Seattle Seahawks averaged 23.9 million viewers on its channel. ESPN reported 24.8 million viewers for its Baltimore Ravens-Tennessee Titans mega-cast. The Disney-owned network aired the game across its ABC and ESPN channels.