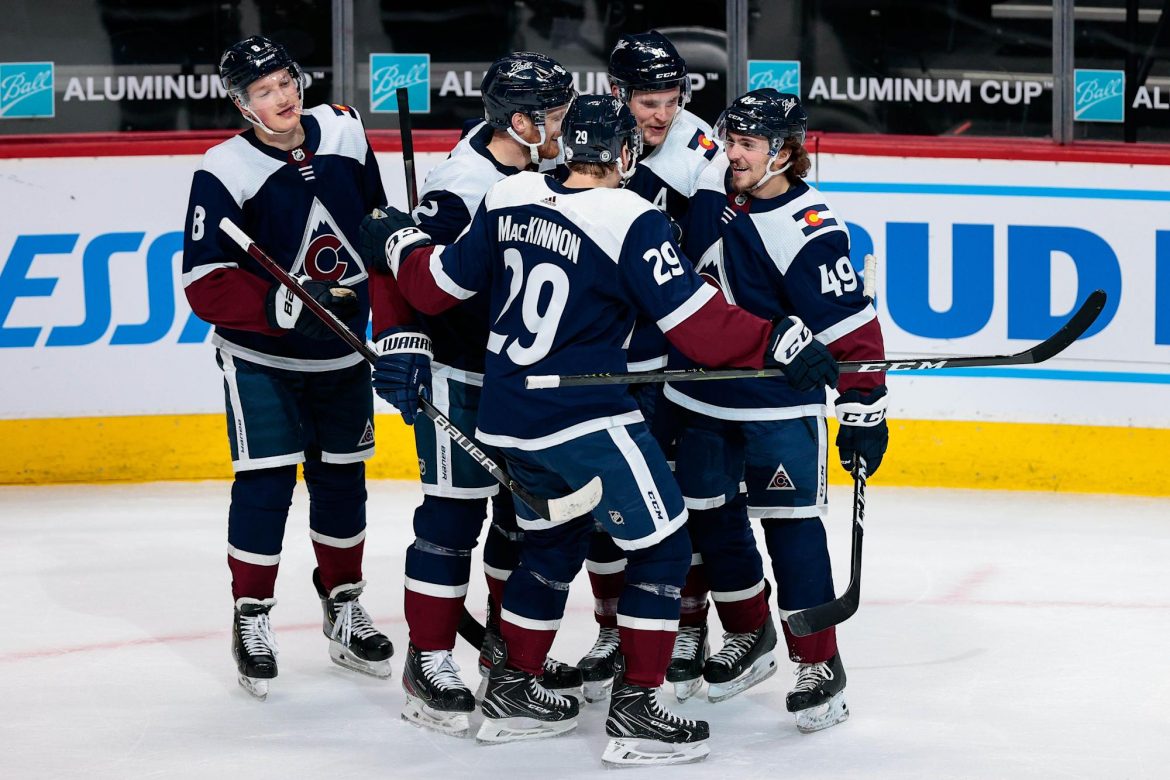 Sports Seriously: Mackenzie Salmon connected with NHL legend Mark Messier and got his thoughts on the league reaching a TV deal with ESPN. Messier believes being on the world wide leader in sports will only help for the future growth of the game.

The COVID-19 pandemic caused an unprecedented 2020 playoffs, with 24 of the NHL’s 31 teams heading to Canada to stage a summer bubble tournament that did not end until the Tampa Bay Lightning lifted the Stanley Cup on Sept. 28.

The 2021 Stanley Cup playoffs will be a step toward normalcy, but there are still a few new format wrinkles that we haven’t seen in recent years.

This year’s playoffs, starting a few weeks later than normal following a 56-game sprint of a season, sees the return of the 16-team field and just four rounds. But as teams have been doing all year, play in the first two rounds will stay inside the divisions — a format the NHL employed during the bulk of the 1980s and early 1990s.

Award picks: Connor McDavid runs away with MVP, but others are up for grabs

The semifinals will then be reseeded, but the divisional play in the early rounds gives some teams a theoretically easier path to the Cup than others.

With that in mind, we set out to rank all 16 playoff teams based on their chances to win the Stanley Cup:

1. Colorado Avalanche: The Avs have what might be the most dominant first line in hockey in Gabriel Landeskog, Nathan MacKinnon and Mikko Rantanen. Colorado can overwhelm opponents with its league-leading offense that posted by far the best Corsi For percentage in the NHL, per Natural Stat Trick. The Presidents’ Trophy winners are looking to take the leap after falling in Game 7 of the second round each of the past two seasons. A matchup with Vegas could await in the West’s second round.

2. Carolina Hurricanes: A balanced group with strong team defense and elite puck possession numbers once again, the Canes did themselves a big favor by winning the Central Division — delaying a matchup with either Florida team until the second round. They get the Preds instead.

3. Vegas Golden Knights: The Knights are one of the deepest teams in the NHL, with seven players with at least 14 goals. Top-five in goals for and the No. 1 team in goals against, the Knights’ objective is clear: it’s Stanley Cup or bust after falling in the Final in 2018 and the conference finals last season. No team won more games this year, but the Knights find themselves the West’s No. 2 seed, squaring off against a stout Wild team, thanks to the Avs owning the “regulation wins” tiebreaker.

4. Toronto Maple Leafs: The core of the North Division champs aren’t kids anymore, and the pressure is on to win the team’s first playoff series since 2004 and parlay that into a deep run. NHL leading goal-scorer Auston Matthews should help in that endeavor as the Leafs begin with a playoff series against the Canadiens for the first time since 1979.

5. Pittsburgh Penguins: The second highest-scoring team in hockey overcame a number of obstacles on their way to winning what might have been the toughest of the NHL’s temporary divisions. The Pens haven’t won a playoff series since 2018, but Sidney Crosby and Co. seem battle-hardened by this campaign and have the potential for another deep run.

6. Boston Bruins: The first line of David Pastrnak, Patrice Bergeron and Brad Marchand have all hit the 20-goal mark, the driving force of one of the best puck possession teams in the league. Adding Taylor Hall to boost secondary scoring has proven fruitful. The B’s have the ability to make a deep run, but face a stiff challenge on the road in Washington.

7. Tampa Bay Lightning: Injuries are a big concern for the reigning champs as they begin their repeat bid. Nikita Kucherov, last year’s leading playoff scorer, has missed the entire season, captain Steven Stamkos has been absent a month and stalwart defenders Victor Hedman and Ryan McDonagh are banged up, a concern especially when facing the high-powered Panthers.

8. Edmonton Oilers: This team will likely go as far as Connor McDavid can carry it — which might be pretty far since McDavid is in the midst of one of the most impressive individual seasons in recent memory after getting to 100 points in just 53 games. The Oilers hold a 7-2 season series advantage over the Jets, whom McDavid has lit up this year.

9. Florida Panthers: The Panthers boast one of the top offenses in the NHL and are experiencing the best season in team history by points percentage. The reward for their efforts is a matchup with the defending champion Lightning in the first all-Florida playoff series.

10. Washington Capitals: This older team still has plenty of talent but has had real injury issues down the stretch and there are still massive questions in goal. The Caps have home ice but a difficult matchup against the Bruins in the first round.

11. New York Islanders: The Islanders stumbled through the last month of the season but Barry Trotz’s defense-first formula has brought plenty of playoff success the past few years — including in 2019 when the Isles swept the Penguins team they’ll be playing in the first round.

12. Minnesota Wild: Perhaps the most surprising team in the NHL this season, the Wild were rejuvenated by the arrival of their leading scorer and likely rookie of the year winner Kirill Kaprizov. Facing the Golden Knights will be a challenge, as Minnesota won just three of eight matchups this season — and just one in regulation.

13. Winnipeg Jets: The Jets are middle of the road in just about everything. Thankfully for them, Connor Hellebuyck has once again been stout as the busiest goalie in hockey (he’s led the NHL in total saves three years in a row). If they challenge the Oilers, he’ll be why.

14. Nashville Predators: The Preds were impressive in turning their season around after a poor start and could be a hard out in the playoffs with goalie Juuse Saros playing at the top of his game. They haven’t fared well against the Hurricanes this year, though.

15. St. Louis Blues: The Blues looked to be in the danger zone a number of times throughout this season but did enough to snag the West’s final playoff spot. They were in the bottom 11 in goals against this season and are facing the NHL’s highest-scoring offense in the Avs, which doesn’t bode well for a long postseason stay.

16. Montreal Canadiens: As has kind of been a theme in recent seasons, the Habs are one of the top puck possession teams in the league but lack the high-end finishing talent to turn that into goals. That will likely be their undoing against the significantly more-talented Leafs.

‘The Falcon And The Winter Soldier’ Episode 3 “Power Broker”: That Jaw-Dropping Cliffhanger MCU...