Home EntertainmentGossips Nick Jonas asks Priyanka Chopra if she could sign her memoir for him & we await her answer; See PHOTO

Nick Jonas asks Priyanka Chopra if she could sign her memoir for him & we await her answer; See PHOTO 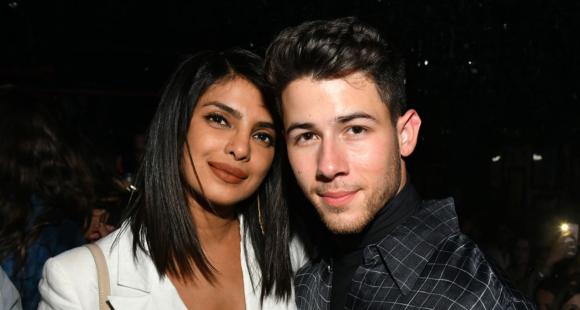 Priyanka Chopra has been garnering a lot of praise owing to her recently released memoir titled Unfinished. Meanwhile, check out a recent post shared by Nick Jonas.

Nick Jonas asks Priyanka Chopra if she could sign her memoir for him & we await her answer; See PHOTO

Priyanka Chopra’s much-awaited memoir Unfinished is finally out and the actress has received heaps of praises for speaking her heart out in the same. Right from talking about her botched up nose surgery to getting ousted from projects at times, the global icon has bravely opened up on everything in the memoir. Meanwhile, many of her friends from the film fraternity and other people have praised her work in the same and penned their thoughts on social media.

PeeCee’s husband Nick Jonas is also among them and has praised her multiple times after Unfinished was rolled out. The singer has recently shared a picture on Instagram in which he could be seen holding a copy of the memoir in his hands. One can clearly see that he is gesturing a ‘thumbs up’ in the picture. Moreover, Nick tags Priyanka and asks her if she could sign the copy for him. Well, it will be interesting to see what response the diva gives for the same. Meanwhile, Priyanka Chopra has also garnered a lot of praise owing to her stint in The White Tiger which was released on Netflix. It also featured Rajkummar Rao and Adarsh Gourav in the lead roles. Directed by Ramin Bahrani, the movie has won hearts in no time. Apart from that, the actress also completed shooting for Text for You co-starring Sam Heughan in London sometime back. Priyanka will also play a crucial role in Matrix 4.