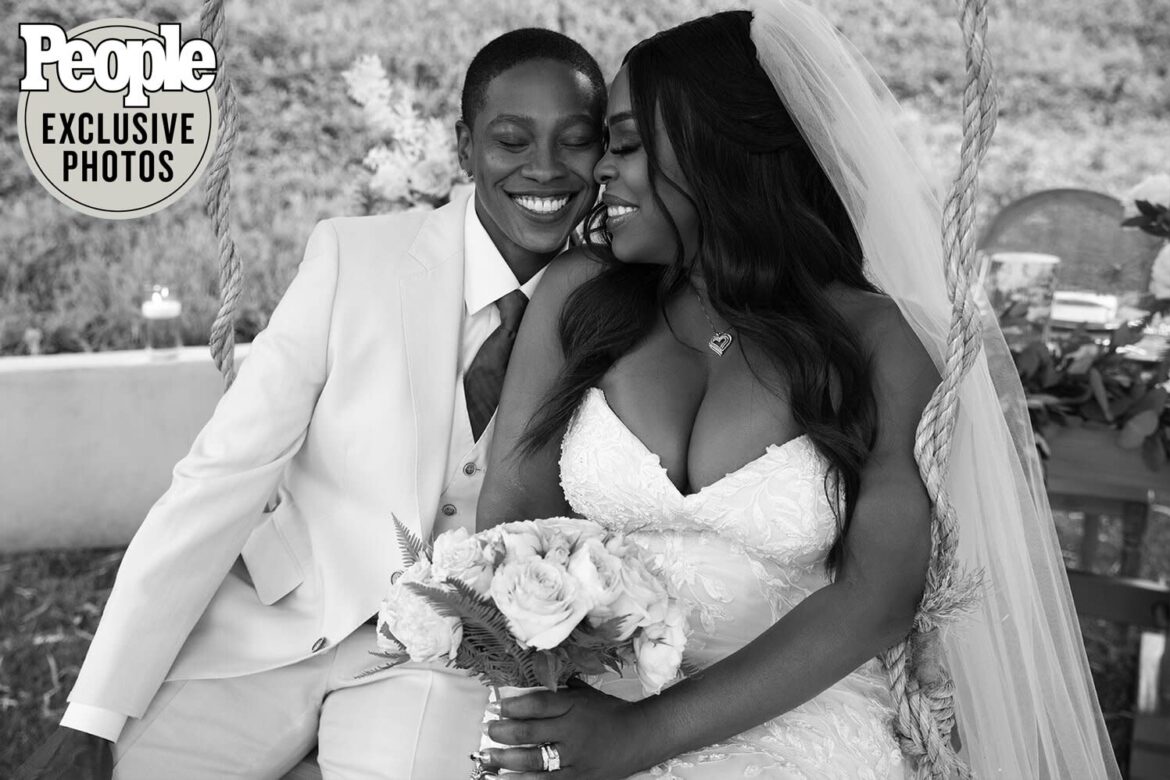 Niecy Nash is setting the record straight about about her past relationships.

In an exclusive clip from Wednesday’s premiere episode of Facebook Watch’s Red Table Talk, Nash discusses her recent marriage to wife Jessica Betts and how she fell in love with a woman after two marriages to men.

In the sneak peek, Nash, 51, tells Jada Pinkett Smith, Willow Smith and Adrienne Banfield-Norris that she’d “never been with a woman before” Betts, who also appears on the episode.

The comedian says her three children — Dia, 21, Donielle, 25, and son Dominic, 28 — who she shares with her first husband Pastor Don Nas, had hilarious reactions after hearing about Betts.

RELATED: Niecy Nash Says Her Marriage to Jessica Betts Was a ‘Going Into Myself,’ Not a ‘Coming Out’

“My daughters were like, ‘Wait what?’ ” Nash recalls. “My youngest daughter, she reminded me, she was like, ‘Wait a minute mom, are you the same mom that was like girl, I’m strictly dickly?’ And I was like, ‘Wah, wah. Like yeah, but no.’ “

“And my son was like, ‘Wooow,’ ” the actress adds, as the rest of the group breaks out in laugher.

Earlier this month, Nash appeared on The Ellen DeGeneres Show, where she spoke openly about her relationship with her wife, who she told host DeGeneres she calls her “hersband.”

Nash joked she “broke the internet” when her marriage to a woman was revealed, with the Claws star detailing that she doesn’t look at the revelation as a coming out.

“A lot of people say that, like, ‘Oh, you came out!’ and I say, ‘Well, from out of where?’ You know what I mean?” Nash said of her sexuality. “I wasn’t anywhere to come out of. I wasn’t living a sexually repressed life when I was married to men, I just loved them when I loved them. And now I love her.”

RELATED: Niecy Nash Details Falling for Her ‘Hersband’ Jessica Betts: ‘I Love Her’

Back in September, Nash opened up to PEOPLE about her nuptials and her love story with Betts.

“[My marriage] has absolutely nothing to do with gender and it has everything to do with her soul,” Nash, who divorced her second husband Jay Tucker last March, said of Betts. “She is the most beautiful soul I have ever met in my life.”

“I was not suppressing my sexuality my whole life,” she added of her decision to marry Betts. “I love who I love. At one point in my life, I married twice and I love those people. And today I love this person. I’ve done everything I wanted to do on my own terms and my own way. So my choice now in a partner has nothing to do with who I’ve always been. It’s a matter of who I am in this moment.”