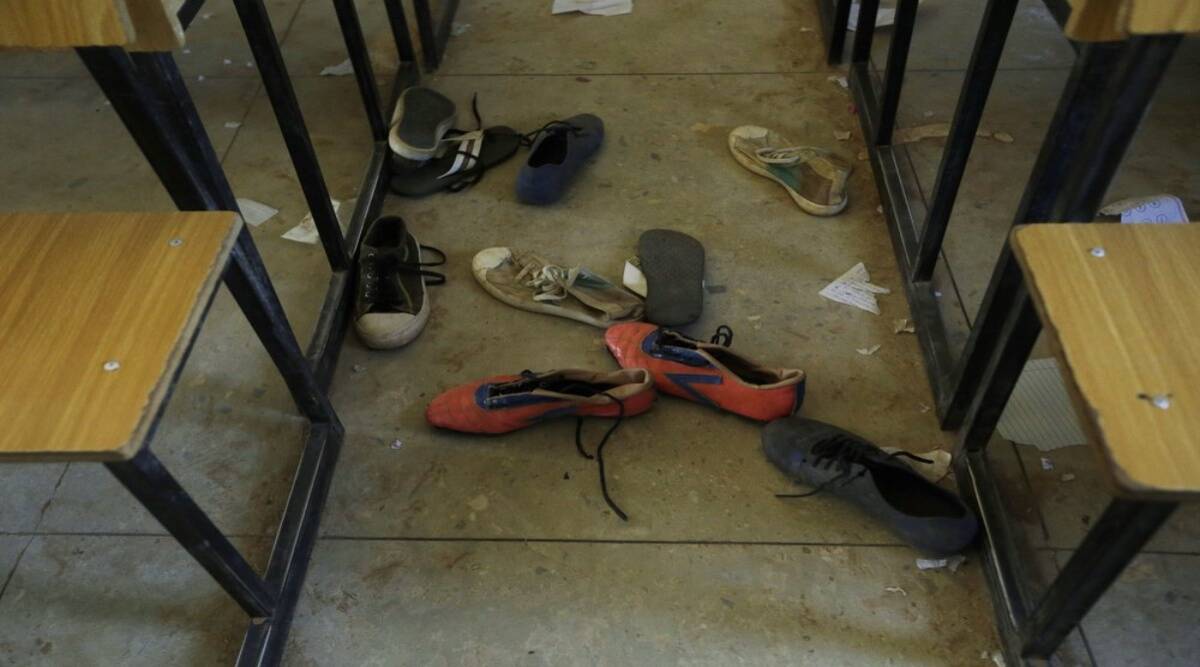 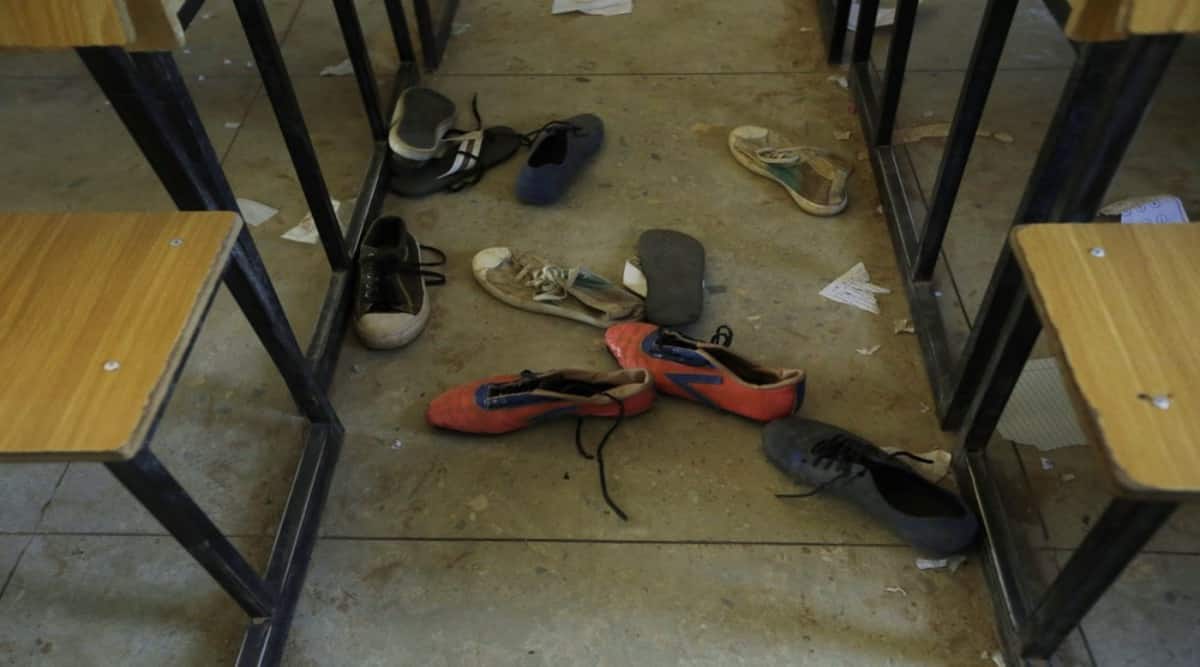 Shoes of the kidnapped students from Government Science Secondary School are seen inside their class room Kankara, Nigeria, Wednesday. (AP)

In an announcement on Nigerian state TV, NTA, Gov. Aminu Bello Masari said the 344 boarding school students were turned over to security officials and were being brought to the capital of Katsina, where they will get physical examinations before being reunited with their families.

“I think we can say … we have recovered most of the boys, if not all of them,” Masari said. He did not disclose if the government paid any ransom.

President Muhammadu Buhari welcomed their release, calling it “a big relief to their families, the entire country and to the international community,” according to a statement from his office. Amid an outcry against the West African country’s government over insecurity in the north, Buhari noted his administration’s successful efforts to secure the release of previously abducted students and added that the leadership “is acutely aware of its responsibility to protect the life and property of the Nigerians.”

“We have a lot of work to do, especially now that we have reopened the borders,” Buhari said, noting that the Northwest region “presents a problem” that the administration “is determined to deal with.”

Boko Haram claimed responsibility for last Friday’s abduction of the students from the all-boys Government Science Secondary School in the Katsina State village of Kankara. The jihadist group carried out the attack because it believes Western education is un-Islamic, factional leader Abubakar Shekau said in a video earlier this week. More than 800 students were in attendance at the time of the attack. Hundreds escaped, but it was believed that more than 330 were taken.

The government had said it was negotiating with the attackers, originally described as bandits. Experts say the attack was likely carried out by local gangs, who have staged increasingly deadly assaults in northwest Nigeria this year, and could possibly have been collaborating with Boko Haram. Armed bandits have killed more than 1,100 people since the beginning of the year in the region, according to Amnesty International.

For more than 10 years, Boko Haram has engaged in a bloody campaign to introduce strict Islamic rule in Nigeria’s north. Thousands have been killed and more than 1 million have been displaced by the violence. The group has been mainly active in northeast Nigeria, but with the abductions from the school in Katsina state, there is worry the insurgency is expanding to the northwest.

Parents of the missing students have been gathering daily at the school in Kankara. News of the students’ release came shortly after the release of a video Thursday by Boko Haram that purportedly showed the abducted boys.

In the more than six-minute video seen by Associated Press journalists, the apparent captors tell one boy to repeat their demands that the government call off its search for them by troops and aircraft.

The video circulated widely on WhatsApp and first appeared on a Nigerian news site, HumAngle, that often reports on Boko Haram.

Usama Aminu, a 17-year-old kidnapped student who was eventually able to escape, told the AP that his captors wore military uniforms. He said he also saw gun-toting teens, some younger than him, aiding the attackers.

He said the kidnapped boys tried to help each other as bandits flogged them from behind to get them to move faster and forced them to lie down under large trees when helicopters were heard above.

Aminu escaped at night. He was able to return home after being found by a resident in a mosque who gave him a change of clothes and money.

Government officials said earlier this week that police, the air force and the army tracked the kidnappers to a hideout in the Zango/Paula forest.

Katsina state shut down all its boarding schools to prevent other abductions. The nearby states of Zamfara, Jigiwa and Kano also have closed schools as a precaution.

Masari said the government will work with the police to increase private security at the Kankara school “to make sure that we don’t experience what we have experienced in the last six days.”

Only one policeman was working at the school when it was attacked.

Friday’s abduction was a chilling reminder of Boko Haram’s previous attacks on schools. In February 2014, 59 boys were killed when the jihadists attacked the Federal Government College Buni Yadi in Yobe state.

In April 2014, Boko Haram kidnapped more than 270 schoolgirls from a government boarding school in Chibok in northeastern Borno state. About 100 of those girls are still missing.

In 2018, Boko Haram Islamic extremists brought back nearly all of the 110 girls they had kidnapped from a boarding school in Dapchi and warned: “Don’t ever put your daughters in school again.”