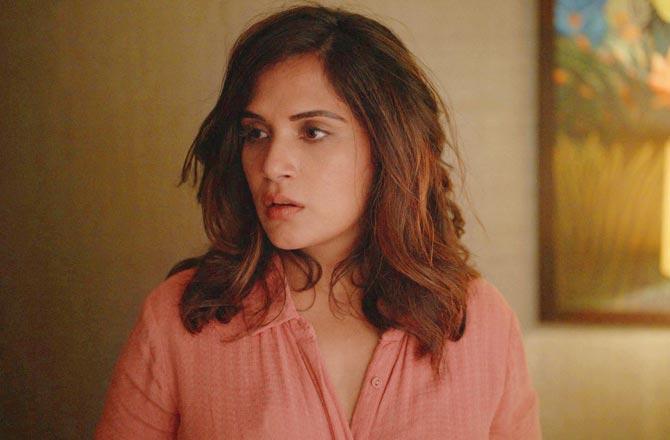 “Every filmmaker was assigned a budget. We were given three days for shoot. The unit comprised 10 people, and at no point did the floor have more than six people,” says Advani, who has helmed The Apartment, featuring Richa Chadha, Sumeet Vyas and Ishwak Singh. “The messaging was clear — while the pandemic is all-consuming, there’s light at the end of the tunnel. The cynic in me would’ve made it gritty and dark, but the creative freedom at work made me feel like a kid in a candy store.”

Sumeet Vyas in The Apartmen

Advani’s story is rooted in loneliness, an all too familiar emotion during the lockdown. When Chadha’s character learns of her husband’s sexual indiscretions, she spirals into a maze of self-blame and attempts to end her own life. “The film’s idea came from solitude and depression. Just a day before the lockdown, the lead character is faced with a truth that shatters her belief. When her close ones are no longer accessible, help comes from the one place she never thought was possible,” narrates the director, emphasising that casting was crucial to the story. “Richa had to hold the scenes, but the critical casting was Sumeet’s. He has a good boy vibe to him. So I knew I was casting against the grain.”

Sushant Singh Rajput’s demise put the focus on the acute loneliness faced by many in the Hindi film industry. “Whatever has happened since Sushant’s death has played on my mind. It made me realise how synthetic the film industry is.”