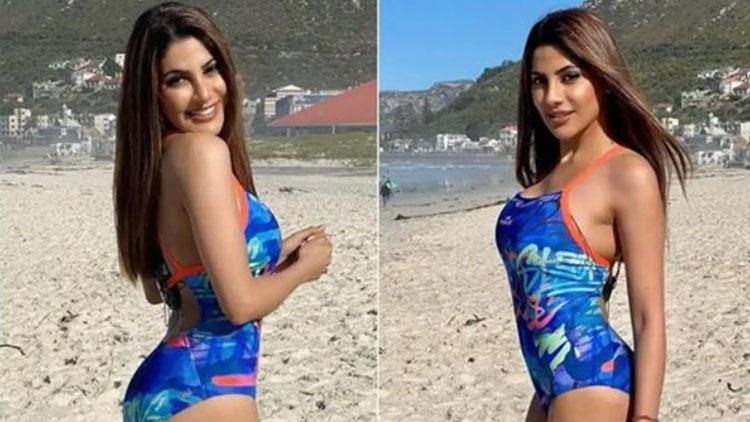 Bigg Boss 14’s fame Nikki Tamboli is making a lot of headlines these days by being a part of ‘Khatron Ke Khiladi 11’. At the same time, his brother had died due to Kovid, which he gave information through his Instagram post.

At the same time, Nikki is currently busy shooting for ‘Khatron Ke Khiladi 11‘ show in Cape Town. But during this time, she is not forgetting to share photos and videos for her fans from there.

Nikki got a very glamorous photoshoot on the seashore, some pictures of which she shared on her social media platform. Fans are seen reacting fiercely to these glamorous photos.

It can be seen in the photos that Nikki is seen wearing a monokini in blue colour. His fashion sense is well appreciated. He has shared not one but many glamorous photos on his official Instagram account. In photos, she is seen turning her body. Earlier, the actress shared a video in which she was seen in a very cool style.