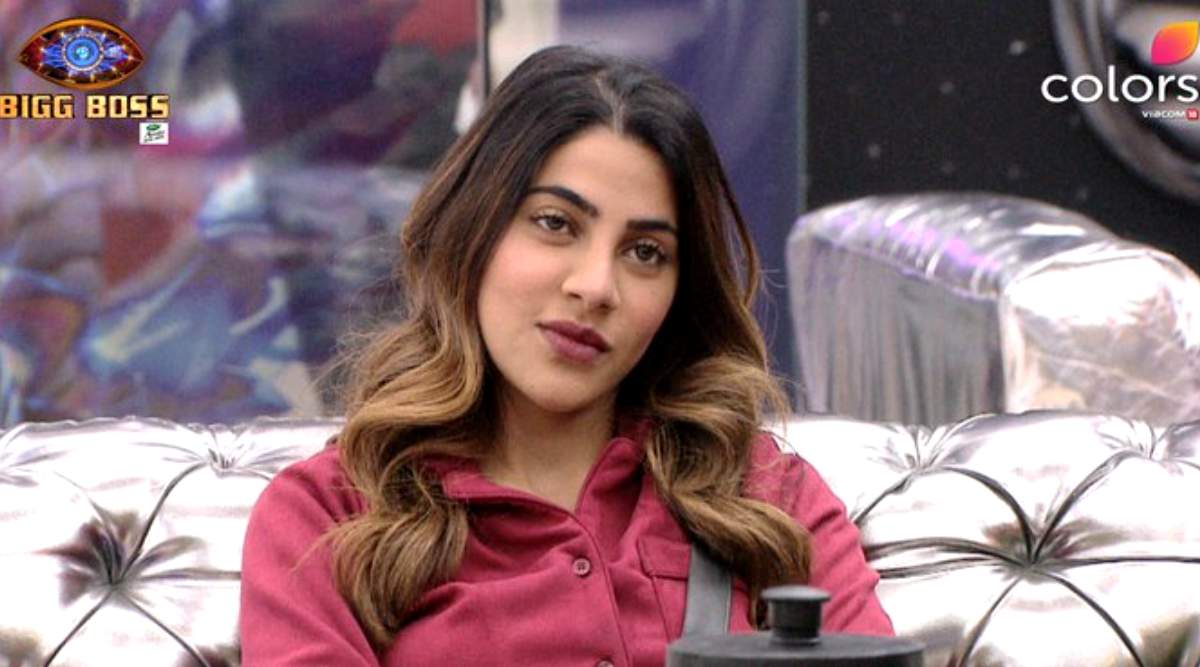 Trust the makers of Bigg Boss to bring twists to the TV reality show at the eleventh hour. Just when the audience was expecting that there will be no money bag offered to Bigg boss 14 finalists, Bigg Boss asked Nikki Tamboli if she wanted to leave the show with a cash prize of Rs 6 lakh.

In the latest promo of Bigg Boss 14, finalist Aly Goni is seen reading a letter, “Nikki, you can take home Rs 6 lakh and leave the show.” As he reveals this, Rakhi Sawant exclaims Rs 6 lakh is a huge amount and Nikki agrees as she says, “For me, it is definitely important.”

After their discussion, Aly opens the suitcase and Nikki is seen jumping with happiness, hinting that she has accepted the offer. But the makers haven’t officially announced Nikki’s exit from the show yet.

Nikki Tamboli has had a good stay in the Bigg Boss house. She was the first contestant who got appreciated by host Salman Khan for playing the game well. She was a favourite of ‘Toofani Seniors’ Sidharth Shukla, Gauahar Khan and Hina Khan. In the beginning, she portrayed herself as a self-centred girl who was there to win Bigg Boss 14. She did her best in the tasks and gave a tough fight to her co-contestants Abhinav Shukla, Rahul Vaidya and Eijaz Khan.

However, due to lesser votes, Nikki was evicted from the show but was later brought back on public demand. After returning, the audience got to witness a softer side to her personality as she formed a close bond with once rival Rubina Dilaik. She also tried to stay true to her friendship with Rahul Vaidya. But when it came to going ahead in the show, she didn’t choose anyone, but herself.

In the last few weeks, Nikki got pulled up by Khan for being disrespectful towards her fellow contestants.

Now, if Nikki leaves the house in tonight’s episode, the battle for the winner’s title will continue between Aly, Rakhi, Rahul Vaidya and Rubina Dilaik. The finale of Bigg Boss 14 will air on Colors on February 21 at 9 pm.

Bigg Boss Kannada 8 Grand Opening | Know All About It –...

Bigg Boss Kannada Season 8 Is Going To Be Started From 28...
Read more

Bigg Boss Malayalam 3 Vote: Dimpal Bhal vs Michelle, who do you...

Michelle, one of the wild card entries in Bigg Boss...
Read more

Bigg Boss 15 Audition Process and Requirements: Here’s how to register for...

Bigg Boss 14 recently had its grand finale, during which...
Read more

Bigg Boss Malayalam Season 3 is on course with an...
Read more

Sanjay Leela Bhansali thought when Alia Bhatt was 12 she was...

Bigg Boss Malayalam 3 Vote: Dimpal Bhal vs Michelle, who do you support? – TheNewsCrunch