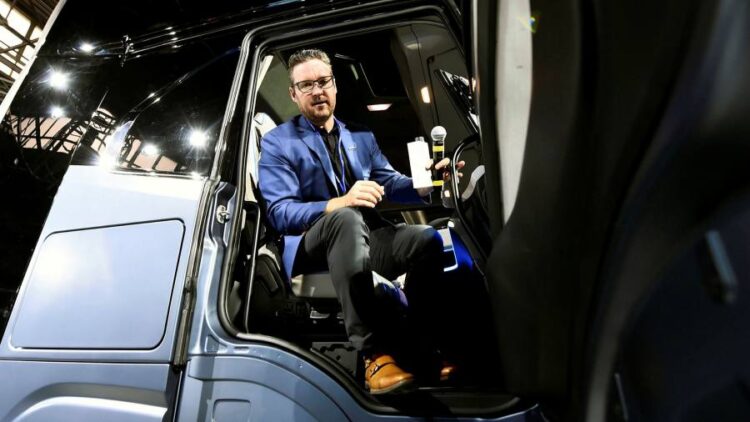 The founder of the embattled electric truck start-up Nikola has sold $49m worth of shares in the company, a transaction that posted late on the Friday evening of a holiday weekend.

Trevor Milton, who stepped down as executive chair seven months ago in the wake of a short seller’s report and online accusations, sold 3.5m Nikola shares on Wednesday at the closing price of $13.89. The transaction appeared on the Securities and Exchange Commission’s website two days later after business hours, suggesting a wish to avoid publicising the sale.

Both the US Department of Justice and the SEC are investigating Nikola, which the short seller Hindenburg Research described as “an intricate fraud”. The company disputes the characterisation but has admitted that many of the statements Milton made about Nikola’s progress and technical prowess were wholly or partly inaccurate.

The pre-revenue company intends to sell heavy-duty electric trucks to customers who will then pay a subscription to use Nikola’s planned hydrogen fuelling network.

Nikola attracted attention last summer when it went public through a merger with a special purpose acquisition company; not only was its name related to the electric car maker Tesla’s (both are named in honour of the inventor Nikola Tesla), its founder had a similar penchant for Twitter as Elon Musk. General Motors announced in September it would take a stake in the company, but after the short seller’s report and ensuing investigations, the deal withered into a smaller agreement to supply the start-up.

Milton made brash claims about Nikola in interviews, press releases and on social media. Among the claims that the company now says were inaccurate was Milton’s assertion that an early truck, the Nikola One, could fully function. A now-infamous video purporting to show the truck “in motion” actually depicted it rolling down a hill.

Nikola is trying to relegate Milton’s tenure to the rear-view mirror. The company has abandoned a plan to manufacture a pick-up truck with GM and shut a division to build all-terrain vehicles and watercraft. But it has had to pay $8.1m so far toward his legal fees.

Milton remains the largest shareholder at Nikola, with 21 per cent of the company. Chief executive Mark Russell owns the second biggest stake at just under 11 per cent.