Nikon Z7 II review: A solid upgrade that lags behind its rivals 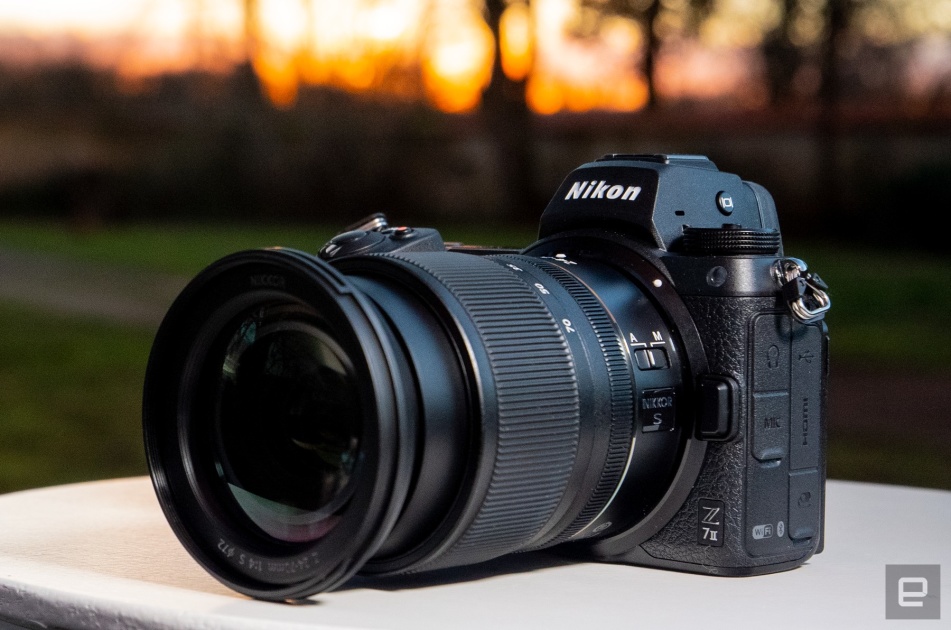 Luckily, the Z7 II delivers excellent high-ISO performance for low-light situations, second only to Sony’s A7R IV for high-resolution full-frame cameras. I was able to get good photos with usable noise up to about ISO 12,800. And even at higher ISO levels, I didn’t lose much in terms of sharpness and color reproduction.

It also works very well at the other end of the ISO scale. As before, you get a base ISO of 64, which is very handy for outdoor shooting in bright light. At such a low ISO level, I got extremely clean, noise-free images, so I could expose for highlights and boost shadows in post without adding much noise, even in sunny, high-contrast conditions.

When it comes to video, I’d recommend Nikon’s Z6 II over the Z7 II, as the latter isn’t really designed for that purpose. Still, the Z7 II is pretty competent for video and much improved over the first model.

As usual, image stabilization works well for handheld video as long as you don’t try to walk or move around. With Nikon’s latest improvements, video autofocus generally tracks moving or still subjects better than ever, but it’s still not quite up to Canon or Sony’s latest standards.

You can shoot 8-bit 4K/60p video with a small 1.08X crop, rather than just at 30 fps like the original Z7. As before, however, the Z7 II does do line-skipping for 4K video when you use the full sensor width, unlike the Z6 II. You can only get sharp, oversampled video if you crop down to an APS-C sensor size — meaning you lose depth of field and get a 1.5x zoom.

On top of the line-skipping, another issue with shooting video using the full sensor width is rolling shutter. If you try to pan the camera quickly, you’ll get very noticeable jello or line skewing. This is far less noticeable when shooting with an APS-C crop.

You can output 10-bit N-Log or HLG HDR footage, but only via the HDMI port to a compatible recorder. And unlike the Z7 at launch, the Z7 II supports external RAW video recording at up to 4K (with a crop) or in HD using the full sensor.

I shot video both internally and on external recorders using the N-log mode. Even using the full sensor, it was relatively sharp and delivered rich, accurate colors. Thanks to the excellent dynamic range, I found I had a lot of room to adjust the video in post, particularly when shooting in log or HLG modes. That said, the lack of internal 10-bit, log and RAW recording is a drawback for pro videographers, compared to the Canon R5.

When Nikon and Canon released their first full-frame mirrorless cameras, I gave the edge to Nikon. Now that Canon and Nikon have both released new standard and high-resolution cameras, what’s the verdict in 2021?

This time, Canon wins. While the Z7 II has slightly better image quality, the R5 is superior in nearly every other way. It’s far better for video and has superior autofocus, stabilization and shooting speeds.

I’d chalk this up to the fact that with Canon’s improved technology, the EOS R5 is a giant leap over the EOS R. Nikon only made iterative improvements, so the Z7 II lacks that wow factor.

That doesn’t mean the Z7 II is a bad camera, and at $3,000, it’s nearly a grand less than the R5. It’s also $500 cheaper than Sony’s A7R IV. If image quality is crucial and you have a limited budget, I’d recommend the Z7 II. If money is less of an issue, I’d point you to Sony’s A7R IV for landscape and studio work, or the Canon R5 if video is equally important — unless you want to wait for Nikon’s next-generation models.