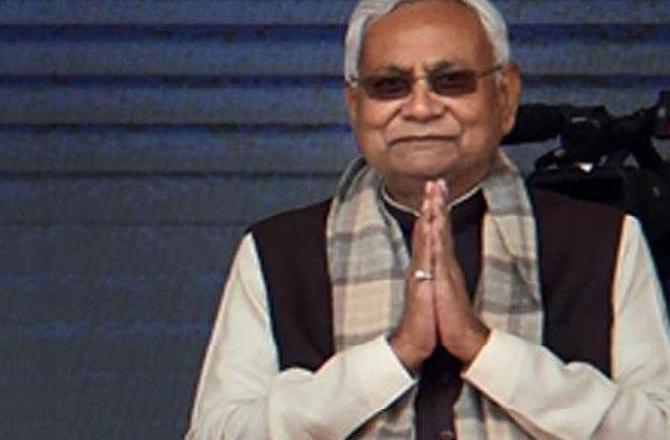 A die-hard political supporter of Chief Minister Nitish Kumar sacrificed his fourth finger after the formation of NDA government in Bihar.

Anil Sharma alias Ali Baba (45), a resident of Vaina village under Ghosi police station in Bihar’s Jehanabad district has been carrying out this bizarre celebration for close to 15 years.

Every time Nitish Kumar becomes CM he sacrifices one finger of his left hand and offers it the deity Goraiya Baba.

Sharma began this ritual in 2005 when Nitish Kumar was sworn in as the chief minister. He did the same when Kumar become CM for the second time in 2010 and chopped off his third finger in 2015. He carried out the ritual again after Kumar become CM of Bihar for the fourth time last week.

Asked why he does this, Sharma told mediapersons: “I have my own way the celebrate the victory of Nitish Kumar. I am his big fan. I knew that the CM will not come to meet me, still my respect for him will not diminish,” adds Sharma.

Satyendra Kumar, the SHO of Ghosi police station said: “We learnt about this incident for the first time through the media and immediately despatched a team to the village for investigations. We will record his statement and consult our seniors for further action. We are initiating counselling for the person as well.”

Self-harm can be punishable under sections 322 to 324 of the Indian Penal Code, depending upon the patient’s state of the mind, among other factors.

Sanjay Verma, national secretary of the JDU also expressed shock over the incident: “It is completely inhuman. We have directed our party workers to meet him and find out more details. There are various better ways of celebrations. We will also urge the local administration to provide proper medical aid and counselling to Sharma,” Verma said.

His neighbours said that when exit polls were announced on November 7, Sharma went into depression. He did not have food for the next three days until November 10 when the Election Commission announced a victory for the NDA.