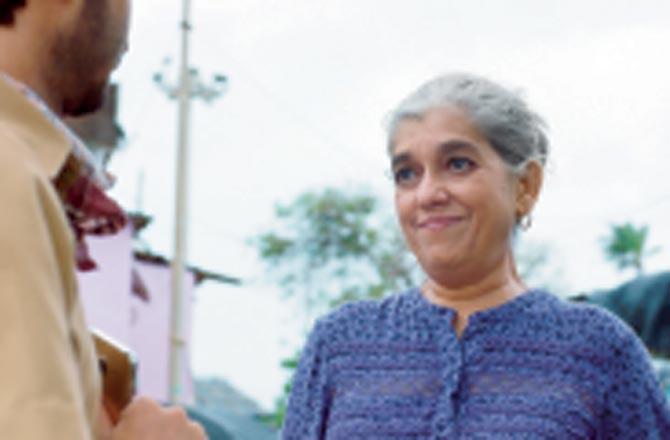 Nitya Mehra was adamant that she wouldn’t shoot Chaand Mubarak — a short film about the lockdown — within the confines of four walls. “I did not want to shoot [the film] in a house where people were locked in. That’s where the idea of filming within a rickshaw germinated,” says Mehra, who spent her lockdown in Alibaug.

Headlined by Ratna Pathak Shah and Shardul Bharadwaj, the short, a part of Amazon Prime Video’s anthology, Unpaused, narrates the story of an unlikely friendship that two people forge during the lockdown. Lauded for bringing to the fore a tale about a woman’s choice to be single, the director says her film celebrates compassion. The Baar Baar Dekho director adds, “Our society could often be insular [to things] that compel us to judge others. Chaand Mubarak touches on societal structure, religious divide, class, age, and gender-based disparities. In many ways, the protagonists, Rafiq and Uma have nothing in common but they have a connection. In the aftermath of the ongoing crisis, people will take longer to trust one another. The word trust played an important role in weaving the story together. I wanted to champion that humanity.”