No Mall crowd. No Pennsylvania Avenue stroll. Biden’s inauguration will be different in several ways 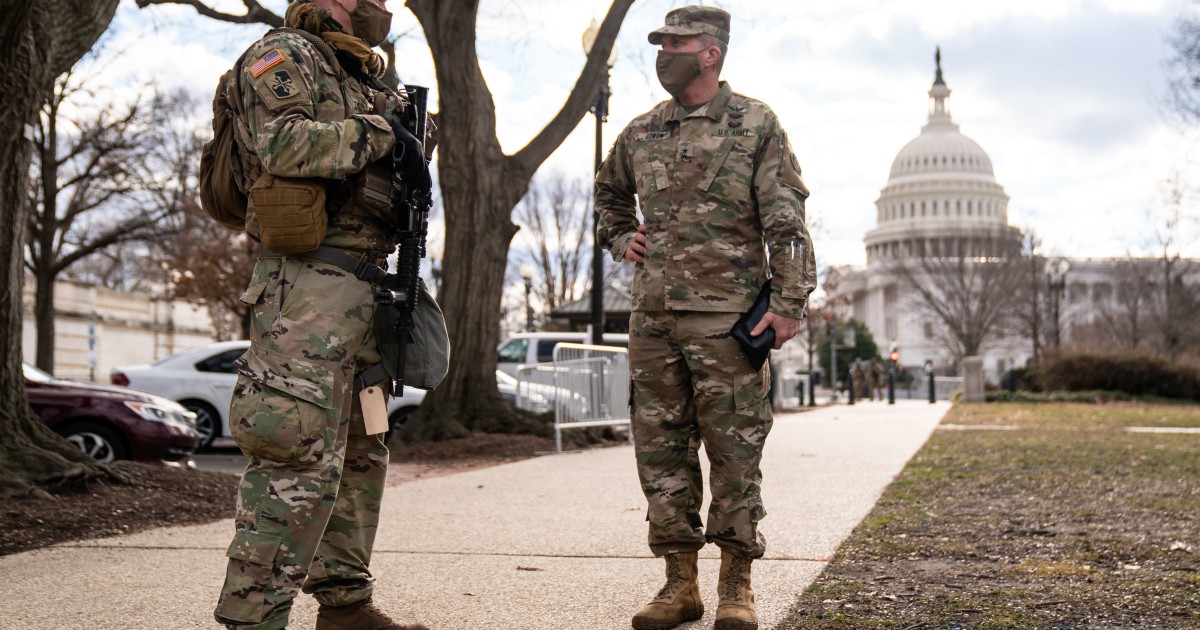 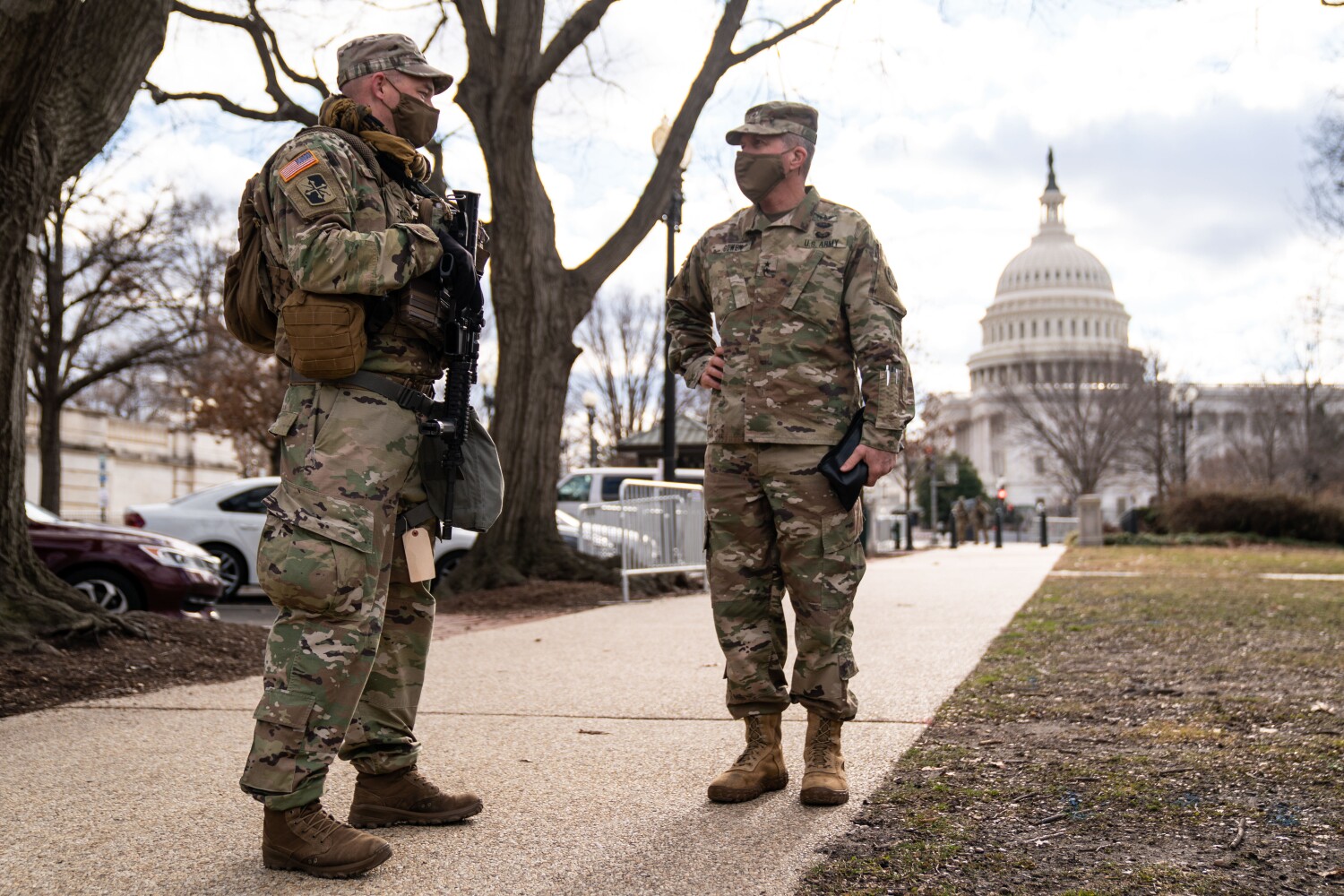 President-elect Joe Biden’s inauguration will look like no other, thanks to a once-in-a-century pandemic, security fears triggered by the worst raid on the U.S. Capitol since 1814, and a boycott by the sitting U.S. president.

There won’t be the usual 200,000 special guests watching on packed grandstands at the Capitol, with hundreds of thousands more flag-waving Americans filling the National Mall to bear witness.

Rather, 12-foot fences topped with razor wire encircle a Capitol grounds being protected by 25,000 National Guard troops in case of another attack. The National Mall is largely off-limits to vehicles and pedestrians, and 200,000 American flags have been planted in memory of the over 400,000 Americans who have died of COVID-19. Huge swaths of downtown Washington have been barricaded and are restricted to residents only .

Only about 1,000 members of Congress, governors and their guests — all tested for the coronavirus in the days before being admitted — will be present to watch Biden and Vice President-elect Kamala Harris take the oath of office on the West Front of the Capitol. Some elected leaders grappling with COVID’s rampage back home, like California Gov. Gavin Newsom, will not attend.

House Speaker Nancy Pelosi (D-San Francisco) stressed that the smaller crowd is due to the pandemic, not the Jan. 6 attack.

“This was always going to be small. Now with the insurrection … it is necessitated by security to have more security. But it hasn’t changed the nature of the swearing‑in. I think it’s important for people to know that. This is not a concession to the terrorists. It is a recognition of the danger of COVID,” Pelosi told reporters last week.

The ceremony will be livestreamed, with some pre-recorded video remarks.

Some of the trappings that Americans are used to seeing at an inauguration will remain. Pop star Lady Gaga will sing the national anthem, and singer Jennifer Lopez will perform. Los Angeles native Amanda Gorman, the country’s first National Youth Poet Laureate, will read a poem. Biden will give an inaugural address.

But there will be no parade down Pennsylvania Avenue as the new president travels the mile to take residence at the White House, nor the traditional short walk for a portion of the trip by the president and first lady.

Instead, Biden will receive a military escort for the few blocks to the White House, and a virtual parade will be pieced together from events occurring across the country, including live performances by several military bands and the drumlines of the University of Delaware and Howard University — alma maters of Biden and Harris, respectively.

There will be less pomp. No luncheon in the Capitol Rotunda with representatives and senators. Most members of the House and Senate and their guests will not even be allowed inside the Capitol while Biden is present.

In the evening, there will be no inaugural balls. Instead, actor Tom Hanks will host a 90-minute television special called “Celebrating America,” featuring musical acts and remarks from Biden and Harris.

It cannot be the inauguration Biden dreamed of in his previous bids for president. Security concerns prevented him from riding the train from Delaware to Washington as he’d hoped, in a nod to his decades of commuting from Delaware to the U.S. Senate on Amtrak.

The smiling faces of family and supporters that surround him will be masked and socially distanced. There will be far fewer of the congratulatory handshakes, back slaps and hugs, something understandably hard for Biden, a notoriously affectionate man.

Also missing will be the usual small niceties between the outgoing and incoming presidents.

“The traditions are such that presidents take it as part of their solemn responsibility to ensure a smooth transition of power,” said Russell Riley, presidential historian at the University of Virginia. “We’re in a very different environment now.”

President Trump, after months of denying the reality of his 2020 election loss and just days after being impeached a second time, is expected to leave Washington before the inaugural ceremony begins.

Biden was invited to stay in Blair House, the guesthouse in the White House complex, but Trump hasn’t invited him to visit the White House in the morning for coffee and a tour. It’s uncertain whether Trump will leave a note of encouragement for Biden in the Oval Office’s Resolute Desk, like the one he himself received from President Obama, and like Obama received from President George W. Bush.

Trump will also break with 150 years of tradition by not joining other past presidents at the Capitol to witness the transfer of power.

Vice President Mike Pence has said he plans to attend the Capitol festivities, so he will represent the outgoing administration.

Also missing will be usual images of the new first couple saying goodbye as the outgoing first couple board a helicopter back to their lives as private citizens.

Biden and former Presidents Obama, Bush and Clinton will take part in laying a wreath at the Tomb of the Unknown Soldier at Arlington National Cemetery that afternoon.

A flashy inauguration isn’t required in the Constitution, which offers only the date and the words of the oath. And while not every president has held a grand celebration, each has added to the traditions that Americans have grown accustomed to seeing.

Thomas Jefferson strolled by foot to the newly erected Capitol in 1801 and gave a speech of under 10 minutes before taking the oath of office inside the Senate chamber. At the start of his second term, he accidentally created the tradition of an inaugural parade when a supporters joined him on his walk back to the White House.

James and Dolley Madison were the first to host a White House reception and ball for his inauguration. And Abraham Lincoln, closely flanked by the military, led a procession to the Capitol and was sworn in on the East Front, despite the country being on the brink of the Civil War.