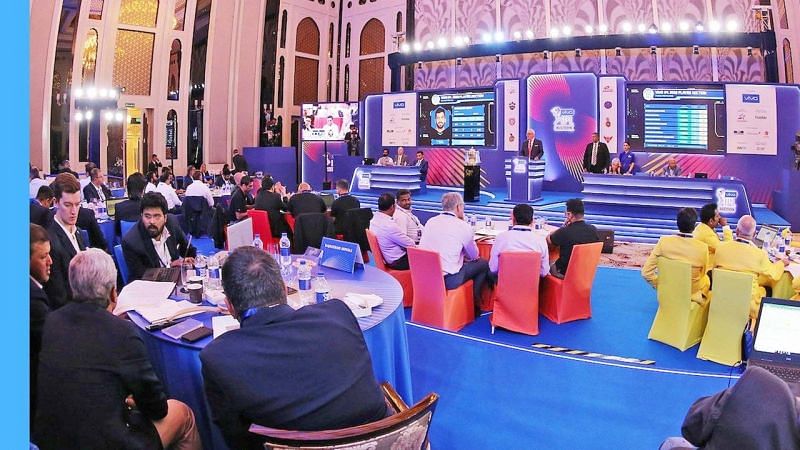 As per a report in Cricbuzz, the IPL owners will not need to go through mandatory quarantine ahead of the IPL 2021 auction. The auction is slated to be held in Chennai on February 18. However, the owners will have to go through two negative RT-PCR tests if they were to be part of the auction. The retention phase before the actual auction ended last week with the respective franchises.

The BCCI has already sent a notice to all the IPL owners to have a COVID-19 test done 72 hours before the auction day and one on arrival at the venue, Grand Chola in Chennai. Both tests, have to come negative.

“Please note that the team members attending the player auction in Chennai will need to do a RT-PCR test 72 hours before the auction date and submit the negative report. Further, there will a test done in Chennai at the venue for the members attending the auction, details of which will be shared in due course,” BCCI CEO Hemang Amin, who is also the COO of the IPL, wrote to the franchises in a mail which is possession of Cricbuzz.

BCCI Issues Directives To IPL Owners Ahead of Auction

“Kindly confirm the names of your team members who will be present at the auction – maximum of 13 members of which 8 will be at the auction table and 5 will be seated in the gallery, to Anaisha (IPL official) by 5th February 2021” the notice further stated.

The BCCI is yet to decide on the official sponsors. Dream 11 was the official sponsors for the last season after VIVO voluntarily asked the cricket board to ‘pause’ the deal for a year following the tension on the India-China border last June. Meanwhile, Dream 11’s contract ended on December 31.