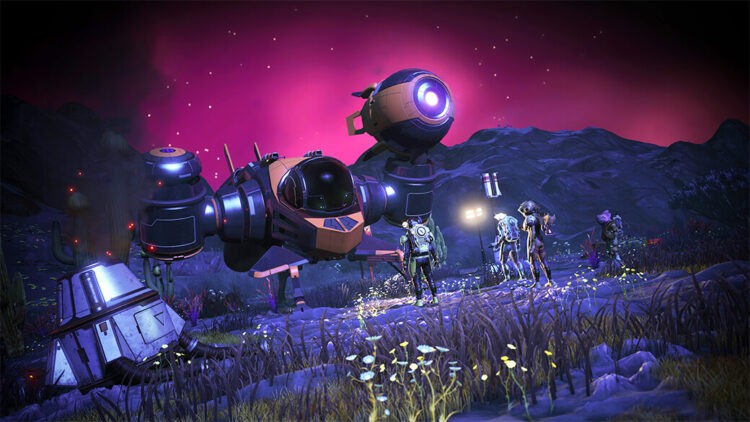 Only a month after to , Hello Games is back with another significant patch. The adds a seasonal game mode that will see you embark on structured missions across the galaxy.

Every player who undertakes an expedition will start on the same planet and take part in a journey that’s shared with the rest of the community. You’ll receive some items, weapons and ships before you venture off. Expeditions have several objectives (or milestones) that you can finish in any order on your way to the final destination.

You’ll earn rewards and patches for completing milestones. The rewards will be unlocked across your saves, so you can claim them in other game modes.

Each expedition and its associated rewards will only be available for a limited time. Hello Games promises to start new expeditions regularly, so that could give you another reason to keep coming back to No Man’s Sky.

There’s a communal aspect to expeditions, as you can embark on them with other players. You’ll be able to meet up with others on rendezvous planets and team up with them to build settlements. No Man’s Sky has come a long way from fellow players .

Elsewhere, Hello Games has rolled out some quality of life updates, such as a reworked user interface and sentinel combat, along with an upgraded pinning system. The discoveries database is now cross-platform and knowledge about the planets, star systems and creatures you find is shared with others.

There are also weekend event missions and a new way to find mission locations. Rather than following a marker to a specific waypoint, a target sweep mode in the analysis visor will task you with using your tracking skills to find the right spot. In addition, there’s color blind support for the galaxy map. The free Expeditions update is available now.