No new English-medium sections in government schools in 2020-21 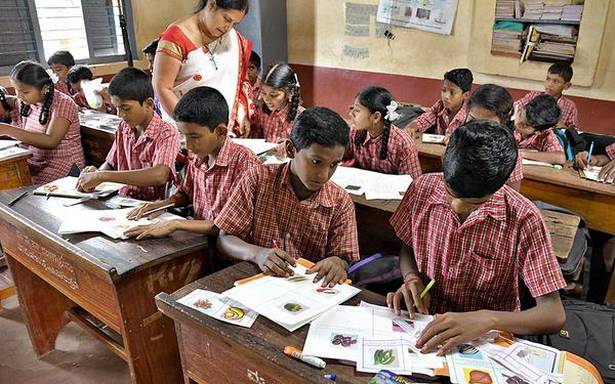 The COVID-19 pandemic has delayed the State’s plans to introduce sections in an additional 1,000 government schools where English would have been the medium of instruction for the 2020-21 academic year.

Sources in the Department of Primary and Secondary Education said that although the government had granted permission to start the initiative in an additional 1,000 schools, it has been put off as the State has yet to decide when schools can reopen their doors to students and hold physical classes. At present, students are attending classes on digital platforms and learning through televised programmes.

“The final approval for the list of schools where these English-medium sections will be opened is yet to be given. The department is waiting for the approval of Primary and Secondary Education Minister S. Suresh Kumar,” a source said.

Parents and activists are unhappy with the delay in progress of the initiative. Suma R., a domestic worker, said she was unable to afford the fees in private schools where English is the language of instruction. “I want my child to study in an English-medium school, but I cannot afford the fees as I have lost my job. Private schools now no longer admit students under the RTE reservation quota. Families like us have been put to a lot of hardship,” she said.

The State government had, in 2019, amended the Right of Children to Free and Compulsory Education Rules, making it not mandatory for private unaided schools to admit economically backward students if there are government or aided schools in the same locality. This amendment had, in fact, increased the demand for English-medium sections in government schools.

However, the initiative was also criticised by a section of writers and activists, who demanded that the government shut down these sections and impart education in Kannada or the student’s mother tongue.