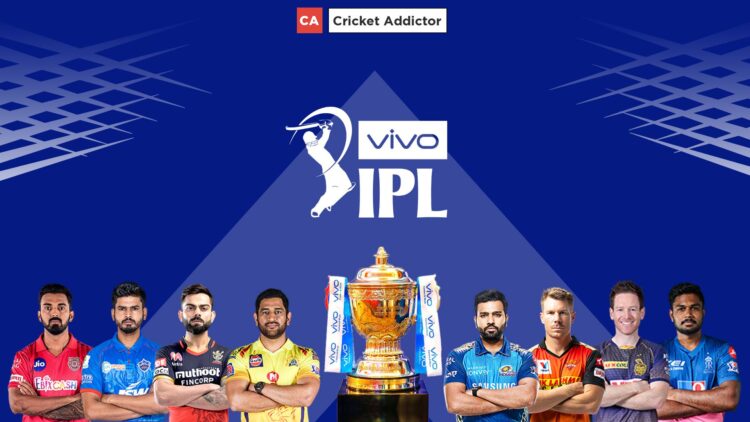 Former South African captain and one of the greatest-ever to played in the cash-rich Indian Premier League, AB de Villiers, has picked his all-time IPL XI ahead of the 14th season.

And, there are quite a few surprising exclusions in his all-time IPL XI. Like for example, there is no Suresh Raina or Lasith Malinga or Shan Watson or Kieron Pollard or Amit Mishra in ABD’s all-time list.

One of the bedrocks of the Royal Challengers Bangalore, AB de Villiers picked his former Delhi Capitals (Daredevils) teammate Virender Sehwag and the most successful skipper in the history of the tournament, Rohit Sharma, as his two openers.

While picking his all-time IPL XI, De Villiers said that he was hesitant in picking himself in the playing 11.

But the champion batsman kept himself as one of the three options for the No.4 spot along with Steve Smith and Kane Williamson while the No.3 spot went to his RCB teammate and the highest run-getter in IPL history, Virat Kohli.

“Last night I was thinking that if I pick my IPL XI and I include myself, how bad would that look. So, opening the batting, I would pick someone whom I started with at Delhi, Viru (Virender Sehwag) at 1 and someone who I think has played some of the best cricket in the world in the last five years, Rohit at No. 2,” AB de Villiers told Cricbuzz in an interaction.

“Then obviously Virat at No. 3, followed by I’d say either Williamson, or Smith, or myself, these are the two replacements,” added AB de Villiers.

De Villiers made a surprising move at the all-rounder’s spot as he ignored the likes of Shane Watson, Kieron Pollard, Hardik Pandya, Dwayne Bravo and opted for England’s Ben Stokes, who has been underwhelming in the IPL barring the 2017 season. The former Proteas skipper alluded to Stokes’ multidimensional abilities as the reason behind his selection.

The wicketkeeping slot went to MS Dhoni while he picked the likes of Ravindra Jadeja and Rashid Khan as his two spinners.

The three pacers to round off the playing 11 consists of the Indian seam-bowling duo of Bhuvneshwar Kumar and Jasprit Bumrah and his fellow Proteas bolter Kagiso Rabada.

”I’d put Stokes because obviously we know what he can do with the bat, but also considering that extra seaming option. Got the two spinners and then Bumrah, Rabada and Bhuvi as fast bowlers. So that pretty much covers everything,” de Villiers mentioned.