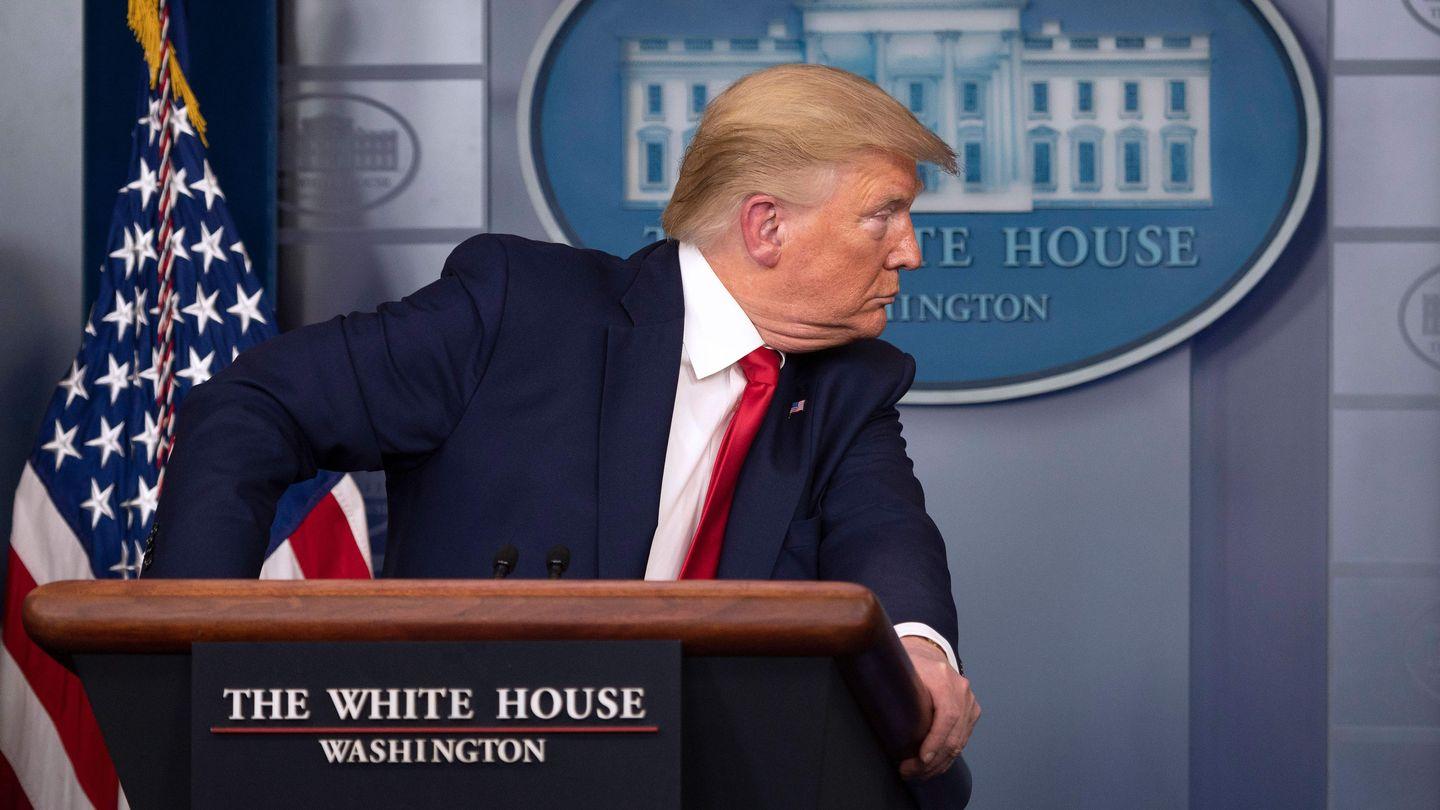 President Donald Trump had an absolute meltdown during a press conference on Monday (April 13), in which he said he doesn’t “take responsibility at all” for the lackluster governmental response to the coronavirus pandemic and falsely claimed that his “authority is total” as president, something the other two branches of government, the founding fathers, and constitutional scholars probably would not agree with.

The press conference started on rocky footing, as it was the first press conference following the New York Times’ harrowing story that showed just how misguided the government’s response was to the pandemic. The report — packed with documents, email threads, and on-and-off-the-record quotes from government officials — showed that the president “was warned about the potential for a pandemic” but had a startlingly slow response due to “internal divisions, lack of planning and his faith in his own instincts.” Instead of owning up to the government’s mismanagement of the pandemic, the president shifted the blame onto the media, saying he hopes newspapers like the Times will all “go out of business” in the next five years. He then played clips of TV news anchors talking about the virus with the title, “The media minimized the risk from the start.”

And that was all before Trump’s most bizarre claim during the press briefing: “When somebody is the president of the United States, the authority is total,” the president said. “And that’s the way it’s gotta be. It’s total.”

Reader: The president’s authority is not total, even during a global pandemic. Beyond the fact that the government was set up with a series of checks and balances — hello, Congress and the Supreme Court — to ensure that no one person or legislative body has complete power, states have an immense amount of power in the U.S. All those school and business closures that cascaded across the nation came at the will of governors, not the president; the decision to halt entries into the juvenile justice system as a result of COVID-19 came from the governors’ office, not the president’s desk; work from home orders and essential business designations are the results of state-level legislation, not orders from the White House.

So when Trump was pushed to define just what legal justification he had for saying his power was absolute, he came up empty-handed — and the resulting exchange between him and CBS journalist Paula Reid was powerful.

His assessment came just hours after two groups of governors announced that they will be planning together how to ease restrictions related to the pandemic, the New York Times reported. Trump argued that the decision was his to make. The state leaders, Trump argued, “can’t do anything without the approval of the president of the United States.” Vice President Mike Pence said later that the administration would issue guidelines for states.

In response, Pennsylvania Governor Tom Wolf, who gathered with seven other Northeast governors to create a plan for easing restrictions, told the New York Times: “Seeing as we had the responsibility for closing the state down, I think we probably have the primary responsibility for opening it up.”