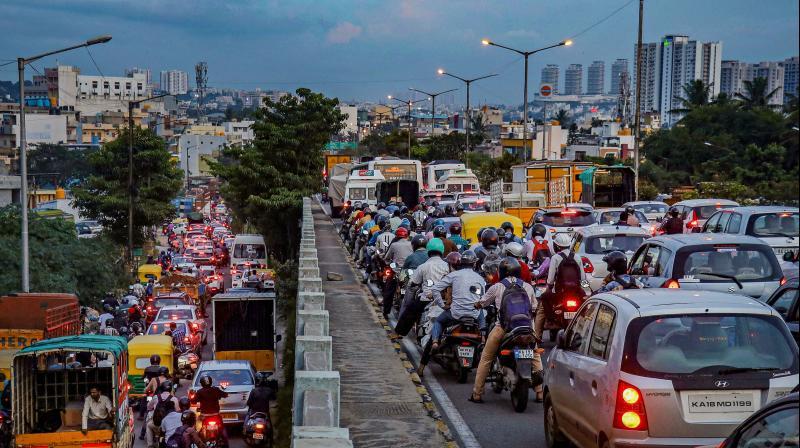 HYDERABAD: Noise levels in the Hyderabad’s residential areas have crossed the threshold limit set by the Central Pollution Control Board of 55 decibels during the day and 45 decibels at night.

In December, the noise levels in residential hubs like Jubilee Hills and Tarnaka were recorded at 94.89 decibels and 101.28 decibels, respectively.

This, officials of the Board say is due to an increase in commercial activities across residential zones.

While it is a known fact that noise pollution has shown a positive correlation with the number of vehicles, it has come as a surprise for the scientists at Telangana State Pollution Control Board (TSPCB).

“Nowadays residential areas are not limited to just homes. They have become hubs for commercial activities as well, albeit smaller ones. Because of this transformation, there has been a considerable rise in the number of vehicles that enter the area and create noise pollution. Since these places do not have the requisite parking space the situation is made worse by honking,” said an official from TSPCB requesting anonymity.

According to a paper published on the matter last year, it was noted that more than 68 per cent of noise pollution originates from vehicles.

“Noise emitted by most of the mechanical parts of a vehicle is directly influenced by engine speed, and thereby the load on the engine. For a stream of traffic moving along a road, the flow rate of vehicles will also play an important role as it will be able to indicate the total engine power governing the noise situation,” stated the paper, titled, ‘A study on noise pollution and its impact on health In Hyderabad.”