Nora Fatehi shoots an emotional sequence with Sanjay Dutt for Bhuj: The Pride of India 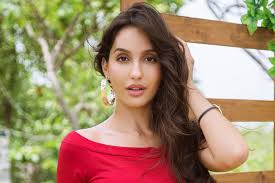 Nora Fatehi will be seen in a never seen before avatar for the upcoming period drama Bhuj: The Pride of India. Slipping into the character of a spy in the ensemble cast of Ajay Devgn, Sanjay Dutt, Sonakshi Sinha amongst others, Nora Fatehi essays a pivotal character to the story, for which the actress had been preparing hard.

Recently filming her first sequence for the film, Nora Fatehi shot an emotionally draining and demanding sequence with Sanjay Dutt. While the details of the scene are kept under the wraps, the scene is a heart-tugging patriotic sequence. She impressed everyone, especially Sanjay Dutt with her performance.