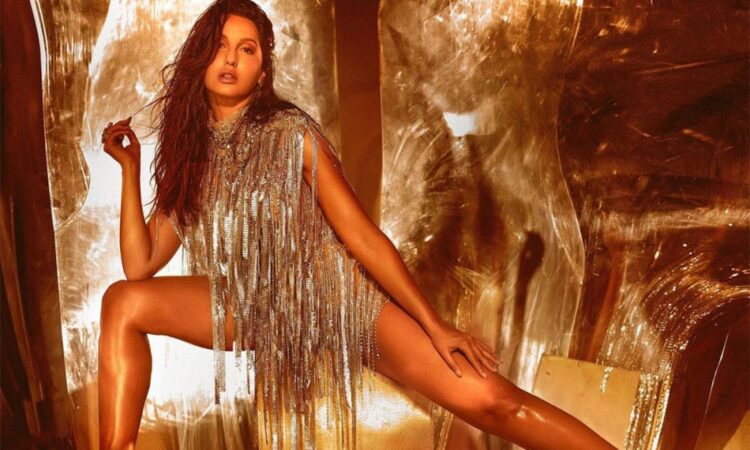 Dancing diva from the Bollywood industry, Nora Fatehi shared some exclusive new pictures from a recent photoshoot. Not just that, the actress also gave a disclaimer to her fans before they look at the pics. It was because she looked so stunning that she warned them that they won’t be able to take it.

Nora looked absolutely breathtaking in a silver mini dress with lots of long fringes. Her hair was also given a wet look and her skin was bronzed to go well with the rest of the attire. She completed the look by wearing a pair of shiny heels. The ‘Street Dancer 3D‘ actress was also standing amidst a bronze background that made the entire look even better.

On the work front, Nora will feature in the movie ‘Bhuj: the pride of India’ alongside Sonakshi Sinha, Sanjay Dutt and Ajay Devgn. She also has a guest appearance in the upcoming movie ‘Satyameva Jayate 2’ with John Abraham and Divya Khosla Kumar.