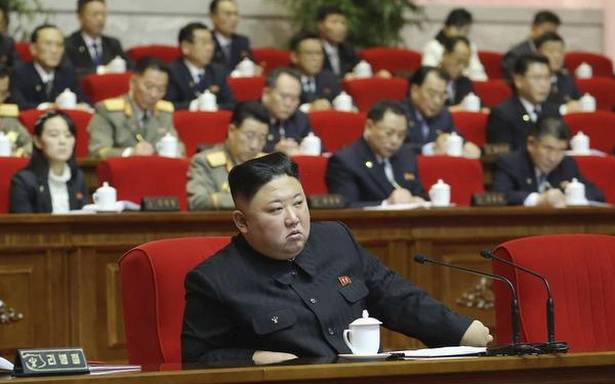 North Korean leader Kim Jong-un has been elected as general secretary of the ruling Workers’ Party, state media KCNA said on January 11, taking over the title from his late father in a largely symbolic move seen aimed at further cementing his power.

The election took place on January 10 during the party’s ongoing multi-year congress, designed for Mr. Kim to map out blueprints for his diplomatic, military and economic policy over the next five years and make key personnel decisions.

The congress “fully approved” a proposal for promoting Mr. Kim to general secretary of the party, KCNA said, calling the position “head of the revolution and centre of guidance and unity”.

Mr. Kim has wielded almost absolute power in dynastically ruled North Korea since taking over following the death of his father Kim Jong-il in 2011. In 2012, the party named Kim Jong-il “eternal general secretary” and Mr. Kim Jong-un “the first secretary” at a conference.

The party also held elections for its Central Committee, a key governing body that includes the powerful politburo, KCNA said.

Mr. Kim Yo-jong, the young leader’s sister and senior party official who had previously been a candidate member of the politburo, was not on the list, confounding widespread expectations from observers of the reclusive regime.