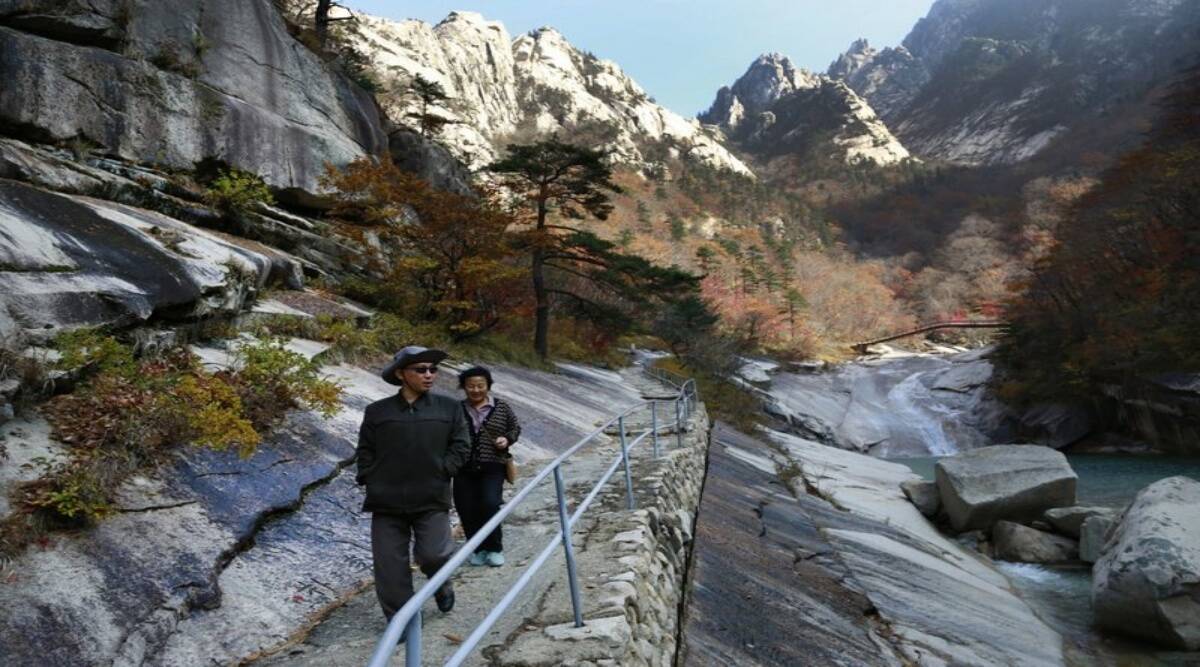 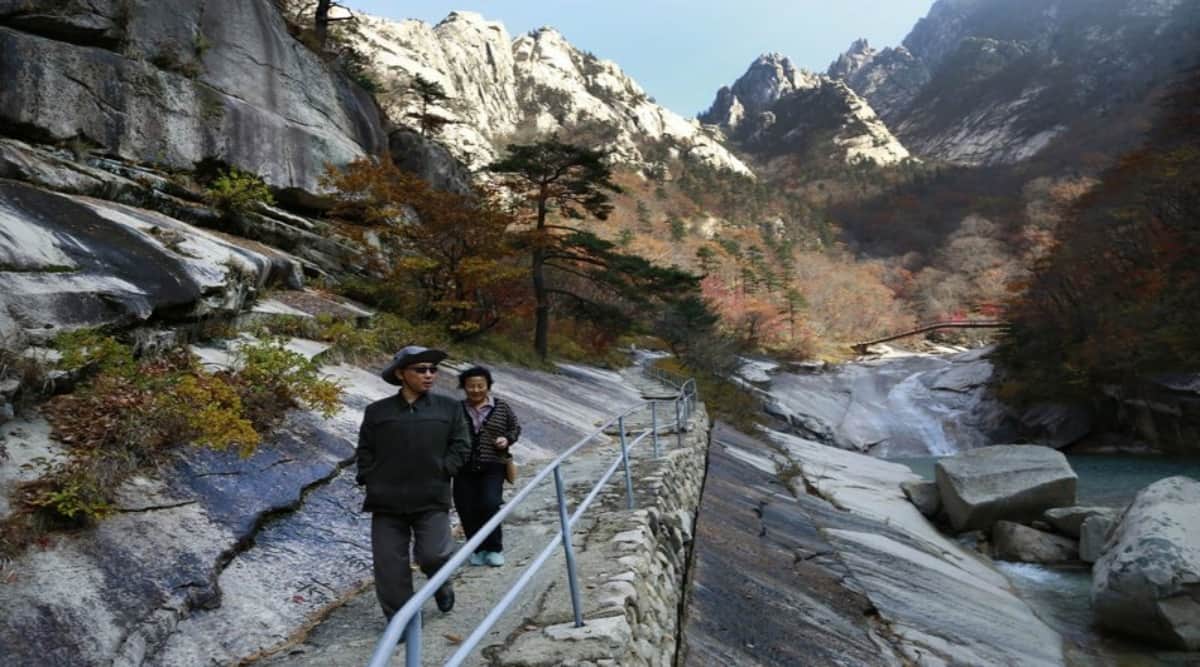 Local tourists walk on the trail at Mount Kumgang, known as Diamond Mountain, in North Korea, in 2018. A top North Korea official has visited the mountain resort that had been jointly run with rival South Korea and discussed efforts to unilaterally rebuild it into “a cultural resort envied by the whole world,” state media reported Sunday, Dec. 20, 2020. (AP Photo/Dita Alangkara, File)

A top North Korea official has visited a mountain resort that had been jointly run with rival South Korea during past rapprochement and discussed efforts to unilaterally rebuild it into “a cultural resort envied by the whole world,” state media reported Sunday.

Some experts say North Korea may be putting pressure on South Korea in order to benefit from an economic engagement as the pandemic is aggravating North Korean economic woes.

During a trip to the Diamond Mountain resort, Premier Kim Tok Hun “stressed the need to build the tourist area our own way in which national character and modernity are combined while in good harmony with the natural scenery,” the Korean Central News Agency reported.

Kim said North Korea aims to turn the mountain area into “the one well-known for serving the people and a cultural resort envied by the whole world.” He and other officials discussed the design and construction of “a world-level hotel, golf course, skiing ground,” according to KCNA.

North Korea had operated a joint tour program at the mountain with South Korea for about 10 years before it was suspended following the shooting death of a South Korean tourist there in 2008. About 2 million South Korean tourists had visited the resort, a rare source of foreign currency for the impoverished North.

When relations improved in recent years, the two Koreas pushed to restart stalled joint economic projects including the Diamond Mountain tours. But Seoul was eventually unable to do so without defying punishing U.N. sanctions imposed over the North’s nuclear program.

Late last year, an angry North Korea pushed for the destruction of South Korean-made hotels and other facilities at the resort and demanded South Korea send workers to the site to clear out the buildings. North Korean leader Kim Jong Un called the South Korean facilities “shabby” and “unpleasant-looking.”

But in January, North Korea postponed the demolition plans out of concerns about the spread of the coronavirus.

North Korea has said it hasn’t found a single virus case, a claim disputed by many outside experts. A major outbreak in North Korea could have devastating consequences because its health system remains fragile. The pandemic has also caused a massive blow to the North’s economy, along with the U.N. sanctions and a spate of natural disasters this summer.

Leif-Eric Easley, a professor at Ewha University in Seoul, said the timing of Sunday’s North Korean statement is less about tourism and more about political pressure. “By holding Seoul’s hopes for engagement at risk,” North Korea is pressuring South Korea “to find ways of resuming financial benefits for the North,” he said.

Before the pandemic, North Korea hosted Chinees tourists at the resort. But experts doubt whether it could redevelop and turn the area into a major tourism site without cooperation from South Korea.

The resort sits just north of the inter-Korean border and hundreds of kilometers (miles) away from the North’s border with China. North Korea’s poor transport links make it difficult to bring a large number of Chinese tourists there.