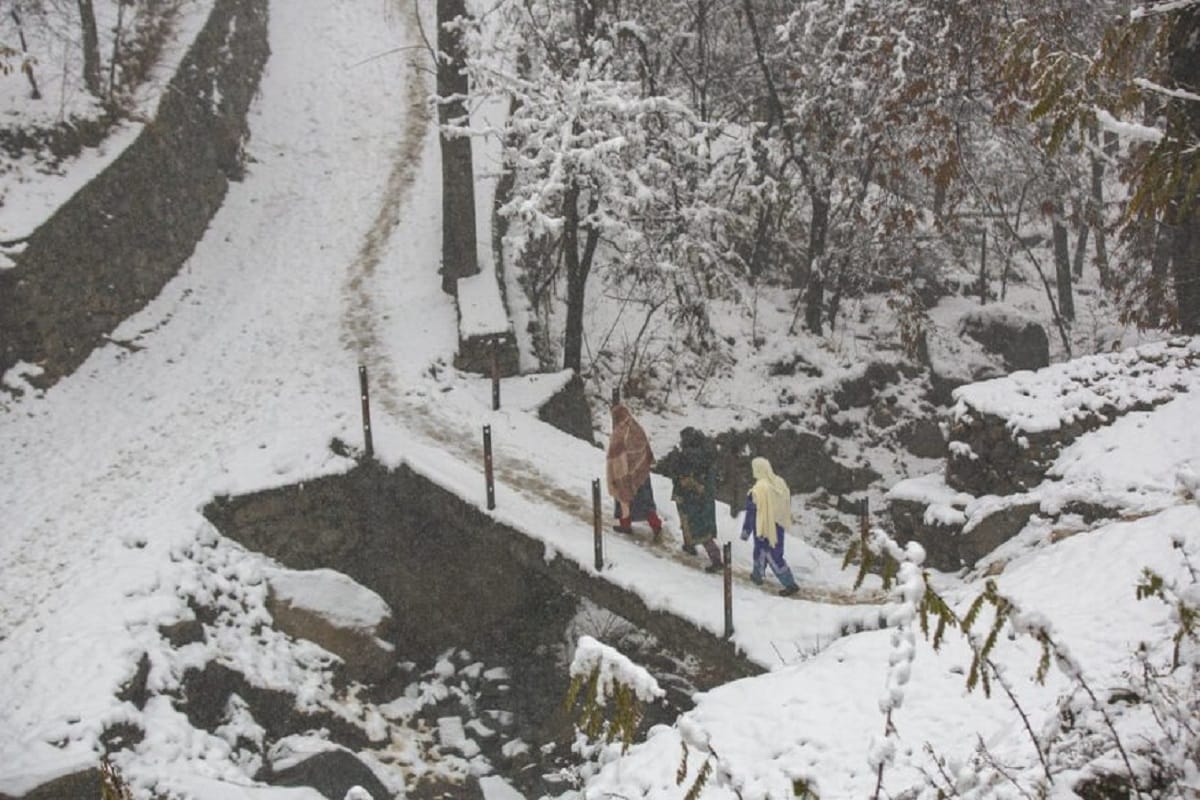 There was no let-up in the intense cold conditions in the north and northwestern parts of the country on Wednesday as Srinagar recorded its lowest temperature in eight years, while some places reported traffic disruptions as fog reduced visibility. A cold wave gripped the national capital too as frosty winds from the snow-clad western Himalayas brought the minimum temperature down to 3.2 degrees Celsius. A dense fog blanketed some parts of the city, lowering visibility to 50 metres and affecting traffic movement. The IMD said the lowest minimum temperature of 0.2 degrees Celsius was reported at Ganganagar (West Rajasthan) over the plains of the country.

Due to the prevalence of dry north/northwesterly winds, minimum temperatures are very likely to remain below normal over most parts of Northwest India during next 3-4 days, the IMD said “Hence, Cold Day/Severe Cold Day conditions very likely to continue in many pockets over Punjab and Haryana, Chandigarh & Delhi and in some pockets of Uttar Pradesh and Uttarakhand during next 3 days,” it said.

Cold wave to severe cold wave conditions are also likely in many pockets over Punjab, Haryana, Chandigarh & Delhi and Uttar Pradesh; in some pockets East Rajasthan and in isolated pockets over West Rajasthan during next 3-4 days, the IMD said. Meanwhile, scattered to fairly widespread rainfall with isolated heavy to very heavy rainfall and moderate thunderstorm and lightning is very likely over south Tamil Nadu, south Kerala and Lakshadweep during the next 24 hours, the IMD said in its 8 pm bulletin. It said extremely heavy rainfall was observed at isolated places over Tamil Nadu on Wednesday.

Lahaul and Spiti’s administrative centre Keylong continued to be the coldest place in the state at minus 11.4 degrees Celsius, Shimla MeT centre director Manmohan Singh said. Kalpa recorded a low of minus 2.6 degrees Celsius, he added.

Intense cold conditions prevailed in parts of Rajasthan too, where Ganganagar was recorded as the coldest place at 0.2 degree Celsius. The Kashmir Valley reeled under severe cold too, with Srinagar city — the summer capital of Jammu and Kashmir — recording its lowest minimum temperature in eight years, the Meteorological Department said here on Wednesday. Srinagar recorded a low of minus 7.8 degrees Celsius, which was the lowest temperature recorded in the city in eight years, an official of the MET department said.

He said the exact same minimum temperature was recorded in the city in 2012 on January 14. The rest of the Valley was also reeling under intense cold.

Chandigarh, the joint capital of both states, recorded a low of 5.7 degrees Celsius.