Home News Not intimidated by BJP, will live like Royal Bengal Tiger, says defiant Mamata Banerjee ahead of Bengal polls

Not intimidated by BJP, will live like Royal Bengal Tiger, says defiant Mamata Banerjee ahead of Bengal polls Banerjee claimed the Centre did not give any assistance to West Bengal for dealing with the devastation caused by cyclone Amphan, nor did it support the state in dealing with the COVID-19 pandemic 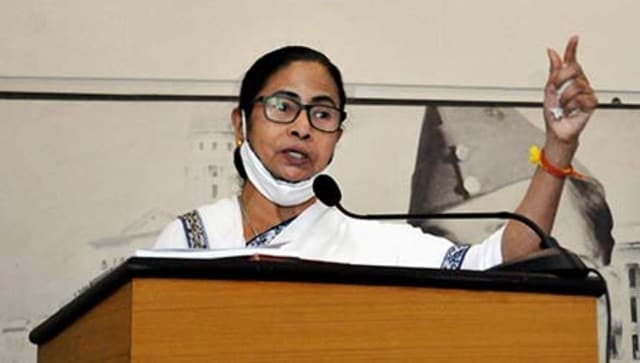 Baharampur: West Bengal chief minister and Trinamool Congress supremo Mamata Banerjee on Tuesday likened herself to a Royal Bengal Tiger, saying that she is not a weak person who can be intimidated by the BJP.

Addressing a rally in Murshidabad, the capital of Nawab Siraj-ud-Daullah’s empire, she also compared those who left the TMC to join the saffron party to Mir Jafar, a commander of his army who betrayed him in the Battle of Plassey against the British in 1757.

“There is no reason to think I am weak, I am not a person to be afraid of anything. I am a strong person and will keep my head high as long as I live and till then I will live like a Royal Bengal Tiger,” Banerjee said.

Accusing Prime Minister Narendra Modi of wrongly claiming at a BJP meeting in Haldia on Sunday that government employees in West Bengal do not get salaries properly, she alleged that it is the Centre which is selling off BSNL, SAIL and privatising the Indian Railways and insurance companies.

Banerjee also claimed that the Centre did not give any assistance to West Bengal for dealing with the devastation caused by cyclone Amphan last year, nor did it do anything to support the state to deal with the COVID-19 pandemic.

Raking up the outsider issue, the TMC supremo claimed that the BJP is a party of Gujarat and Delhi, which is bringing in National Register of Citizens (NRC) and National Population Register (NPR). The state chief minister asserted that she will not allow these in West Bengal.

“People from Gujarat will not rule Bengal, the Trinamool Congress will rule Bengal,” Banerjee said at the rally held ahead of the assembly elections in the state due in April-May.

Claiming that corrupt people sell themselves off, she said that those who want to leave the TMC and join the BJP are free to go. Alleging that some people are joining the saffron party out of fear that they could be implicated in cases related to smuggling of cattle or coal, Banerjee said, “The BJP seems to be a washing machine, those having dirty hands emerge clean after joining it.”

She also attacked the Congress and the Left which will contest the Assembly polls jointly in the state.

“The Congress cannot fight the BJP and does not want to do it. The CPM is the BJP’s big friend,” she said, claiming that it is only the TMC which can take on the might of the saffron party in the state.