Home EntertainmentGossips Noted Indian Web Series that are making a comeback with a sequel! – Bollywood Dhamaka

Noted Indian Web Series that are making a comeback with a sequel! – Bollywood Dhamaka 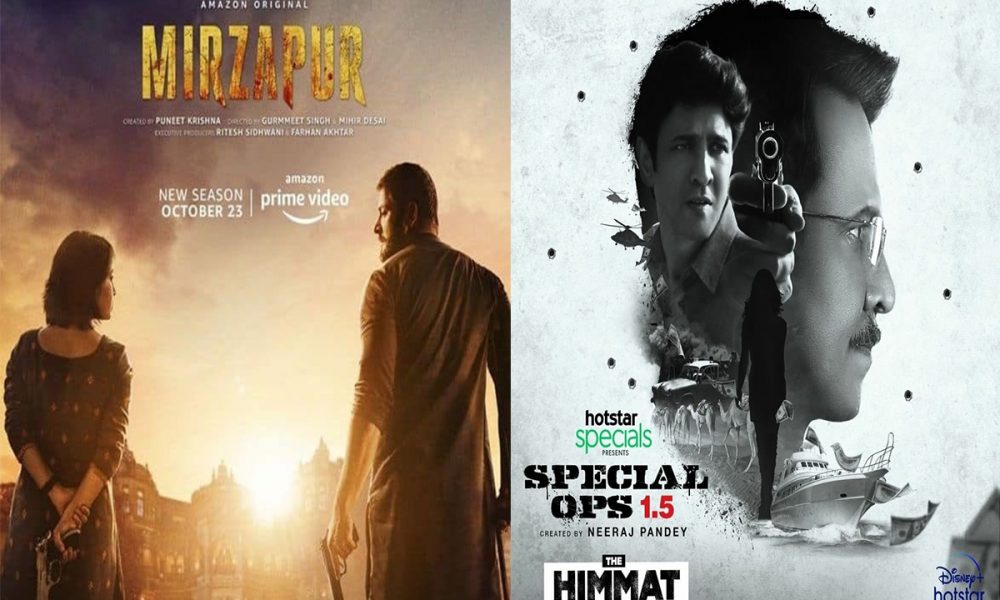 The year 2020 proved in many ways how people largely depend on the entertainment industry for some relief during tough times. Many new shows released and were praised a lot and resulting in big fan bases. One question, however, remained quite constant and that is ‘will it be coming back with a new season?’.

Bollywood Dhamaka has curated a list of some of the Indian Web Series that recently announced a sequel.

Broken But Beautiful is ALT Balaji’s web series about two individuals who try to rediscover love after being heartbroken. Earlier the show starred Vikrant Massey and Harleen Sethi in the first two seasons. Makers will feature noted actor Sidharth Shukla and debutant Sonia Rathee in the third season.

Starring Manoj Bajpayee, web series Family Man was praised and loved by many on it’s release. It also ended up winning a lot of awards last year. Streaming service Amazon Prime Video made an announcement this year that the secon season will be premiering from 19 February 2021.

This action thriller by Neeraj Pandey blew everyone’s mind after its release. The show featured significant events that took place in 19 years and spu missions that India underwent during that time. A new season for the same was announced which will be told from the perspective of Himmat Singh, played by Kay Kay Menon.

After two successful seasons of this female centric comedy drama and also one International Emmy nomination, the makers revealed that the show is coming back for a third season as well. Four More Shots Please is a story of 4 firends from different walks of life as they deal with different obstacles while sharing a wholesome bond with one another.

After the incredible sucess of two seasons of crime drama series Mirzapur, makers confirmed that the third season of the show is in making now. With the release of second season in October 2020, Mirzapur became one of the most watched shows of Amazon Prime Video and made history.