“Nothing but respect” – Edge gets high praise from John Cena Sr. [Exclusive] 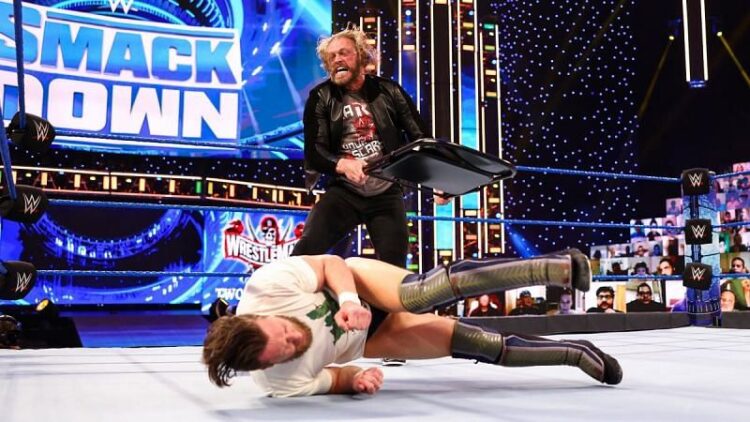 John Cena Sr. was a guest on Sportskeeda’s UnSKripted this week. During the interview, Cena Sr. opened up about Edge returning to the ring.

Edge is set to challenge for the WWE Championship at WrestleMania 37 in a triple threat match with current champion Roman Reigns and Daniel Bryan. Edge returned to the ring at the 2020 Royal Rumble after more than eight years, having been forced to retire in 2011.

Speaking about Edge’s return to the ring, John Cena Sr. said that a character like his is just what WWE needs right now. However, he did stress that Edge has to be careful because of his injuries:

“I have nothing but respect for Adam Copeland. I think Edge, as the Rated-R Superstar, did a hell of a job doing what he did and he’s doing it again because now he’s the heel again, he’s the guy they were looking for, you can’t predict what he’s gonna do. All I want to say is be careful with what you’re doing because of the past and the injuries that you’ve had. I think he’s going to be an outstanding, surprising individual to come back.”

John Cena Sr. on Hall Of Famers coming back to wrestle

John Cena Sr. was also asked about his opinion on Hall of Famers like Edge and Goldberg coming back to wrestle.

John Cena Sr. said he saw it as a positive move, and anyone who got to a chance to work with the Hall of Famers would have a chance to learn from their pool of knowledge:

“I can only say this, being in what I do, once you get it in your blood it’s pretty hard to get out. So every time we have the opportunity to perform, you grab at it. It’s just the way it is in this business. I think it’s good. I think it says a lot to the young people. I maintain the same thing I say all the time, when you have someone like an Edge or a Goldberg or a Hulk Hogan, anybody coming back to the ring to work with you, you should use that encyclopedia to the best of your ability. What they’re going to give you, you can’t get – ring psychology, ring savvy, understanding the crowd, moves – I mean, how can you go wrong? I think it’s a positive thing, I really do.”

John Cena Sr. also gave his thoughts on a potential match between his son, John Cena, and Goldberg. You can check that out HERE.

If any quotes are used from this article, please give a H/T to Sportskeeda Wrestling.